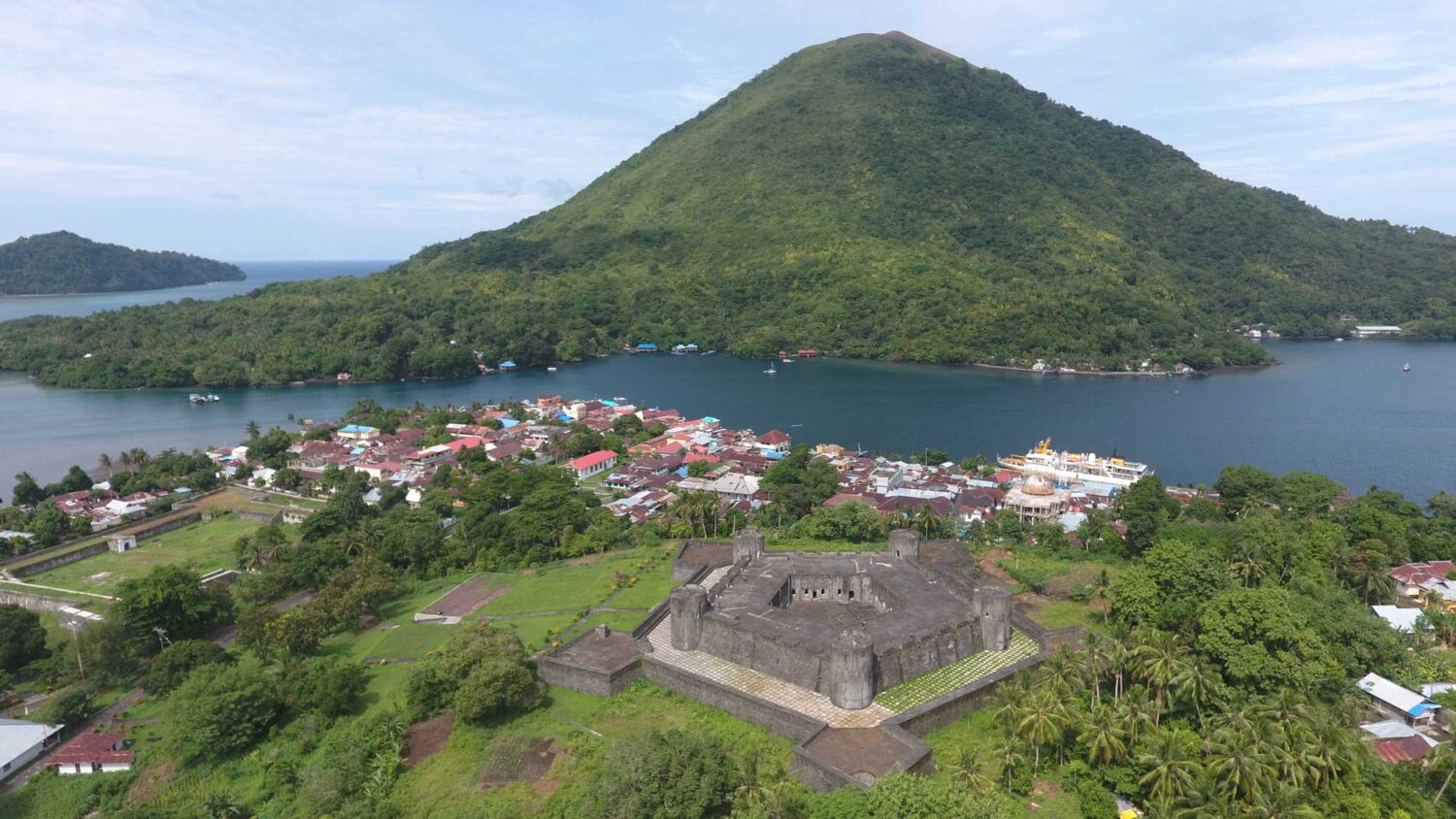 The history of the Spice War

The most valuable commodity on Earth

From the discovery of America, to the Manhattan possession, those tiny islands played a major rule in the ancient world History. From the 15th to the 18th century, the Spices islands unleashed greedy desires among European Kingdoms. Lured by the profit they can make from nutmeg and cloves, they sent their best vessels and commandants to seek for the legendary archipelago. In competion with the Portuguese Realm, Christopher Colombus was seeking for the quicker route to the Spices Islands, when he discovered America instead.

Eventually, the Dutch won the monopoly of the market, and their merciless East Indies Company settled its base in Ambon, and in the Banda islands. Only the Brittish Crown was still bravely defended her possession in the Banda Archipelago. To end the conflict, the Queen finally exchanged this Tiny island for the yet unfamous Manhattan. 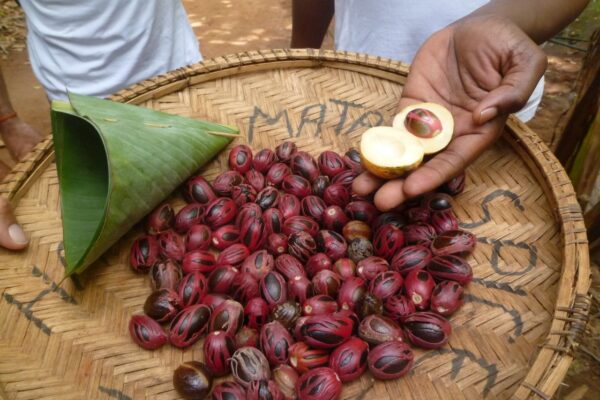 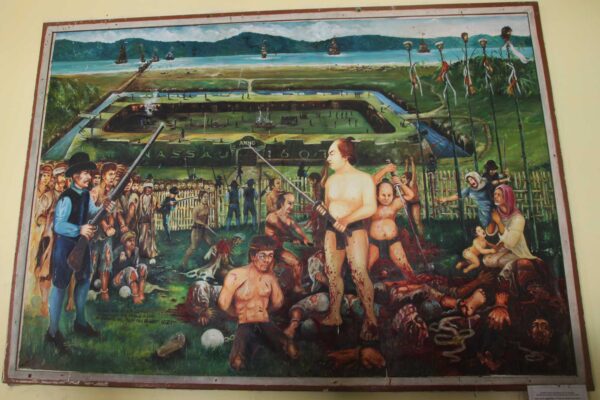 Wandering in the streets of the mythical Bandaneira is a meditative walk to some glorious colonial past. Soak up this atmosphere by visiting its museum, the refurbished Fort Belgica, or older Spanish crumbling fortresses. The two main streets of the little port town are edged by ancient colonial houses and colourful habitations.

Down the Memory Lane

In the traditional market, some merchants are nowadays selling sweets and jam made of nutmeg and cloves. All those local spices can be purchase for a ridiculous amount of money. Going back to the boat, ones will have a thoughtful look at the tremendous Gunung Api. On the Warf, the berthed Phinisi harkens back to a time already gone. Exactly at the same place, reckless European adventurers were loading avidly tons of nutmeg to the holds of their sailing vessel. The violent reality of the old times spice trade is much less romantic. 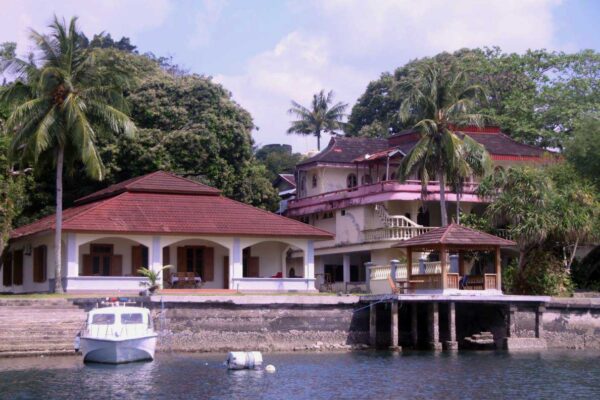 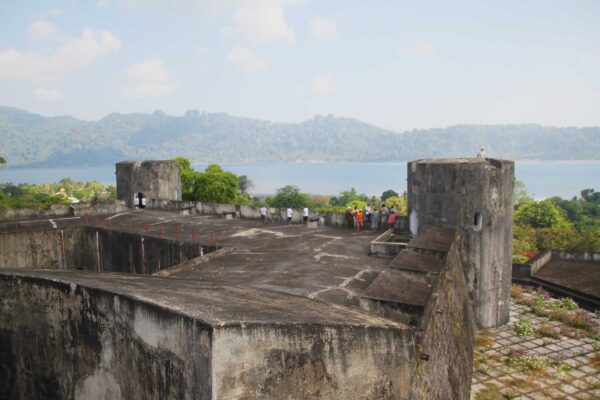 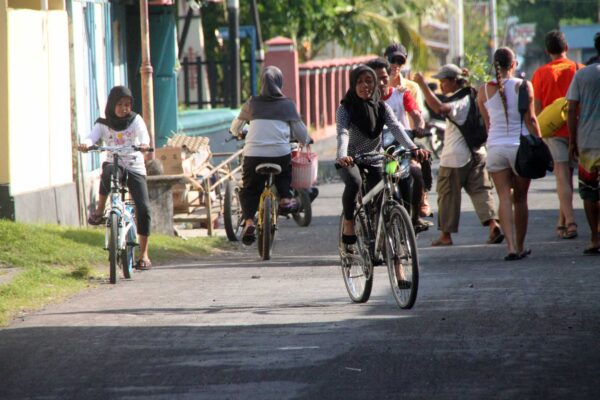 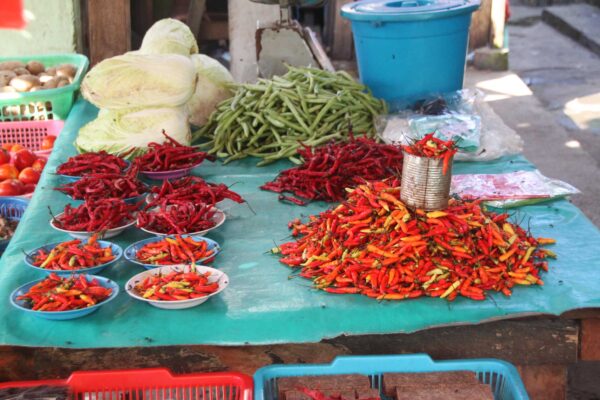 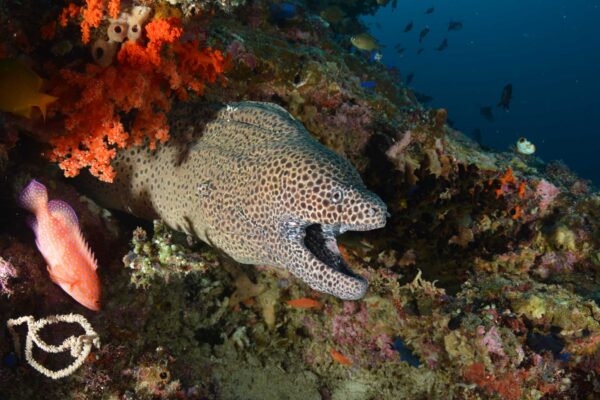 Located in the North west of the Banda Besar island, this dive site Banda islands is the most famous of the area. Underwater, a 45 meters deep plateau heads west from the rock, and lead to 2 nice pinnacles, covered by orange soft coral. Divers may notice Giant groupers, barracudas and trevallies, hoovering in a compact cloud of blue trigger and butterflyfish. 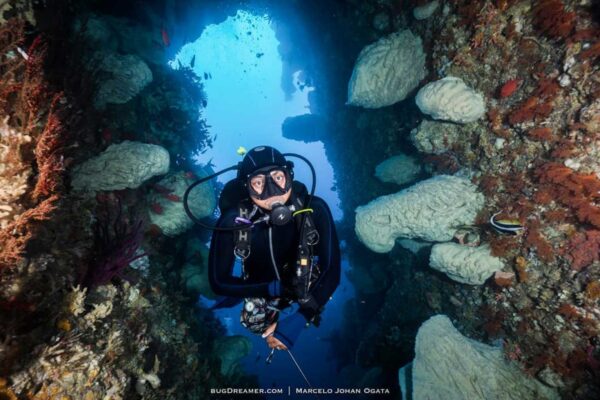 A large plateau stretches out from the most northern cape of Banda Besar. Guarded by Scorpion fish and leopard moray eels, its edges drop vertically into the Banda sea abyss. Numerous napoleon wrasse can be spotted around. The highlight of the site is a 15-meter-high tunnel. The bottom sits at 25 meters deep, and his fully colonized with sea fans and barrel sponges. 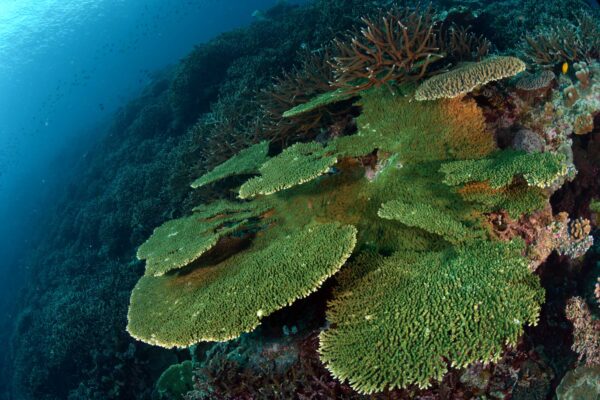 Since the 1988 Gunung Api eruption, this underwater lava flow saw the growth of some of the largest Acropora colony in Indonesia. This nice slope is a paradise for snorkellers and scuba divers. Cuttlefish are numerous there. Try to watch them cautiously and you may be lucky enough to see them releasing their eggs into this perfect nursery. 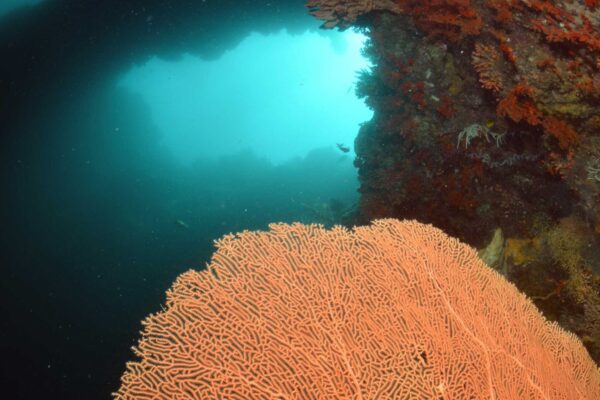 Hole in the Wall | Hatta

Divers swim through this hole to start their navigation on the dive site. Leading to a wonderful arch, it is the perfect place for wide angle photographers to practise their skills. Following the overhanging steep wall, divers get enthralled by the deep and intense electric blue waters. 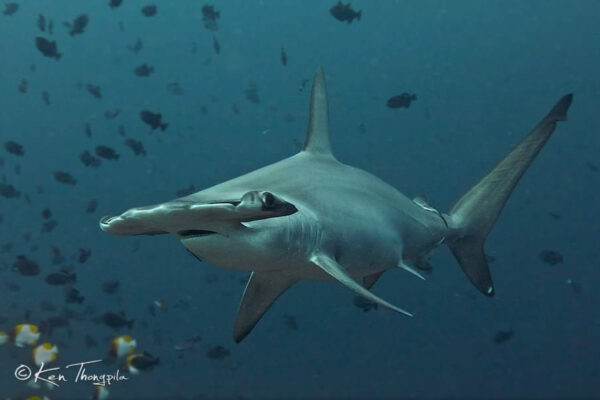 Located in the South of Hatta Island, the curving upper reef drops into an endless wall. Currents can be quite powerful there, but brings a great marine life. Schooling jacks, tunas and humpback wrasses could be spotted.  In case of thermocline, keep your eyes open to catch sight off a passing schooling hammerhead shark. 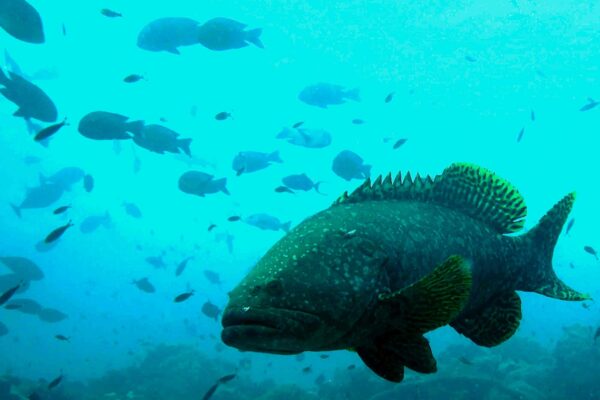 The southern cape of the Run island is a hotspot for hammerheads. Large tunas, eagle rays and giant grouper are commonly spotted too. In the north, the small Nailaka island owns a nice wall, and a really nice white sand beach.