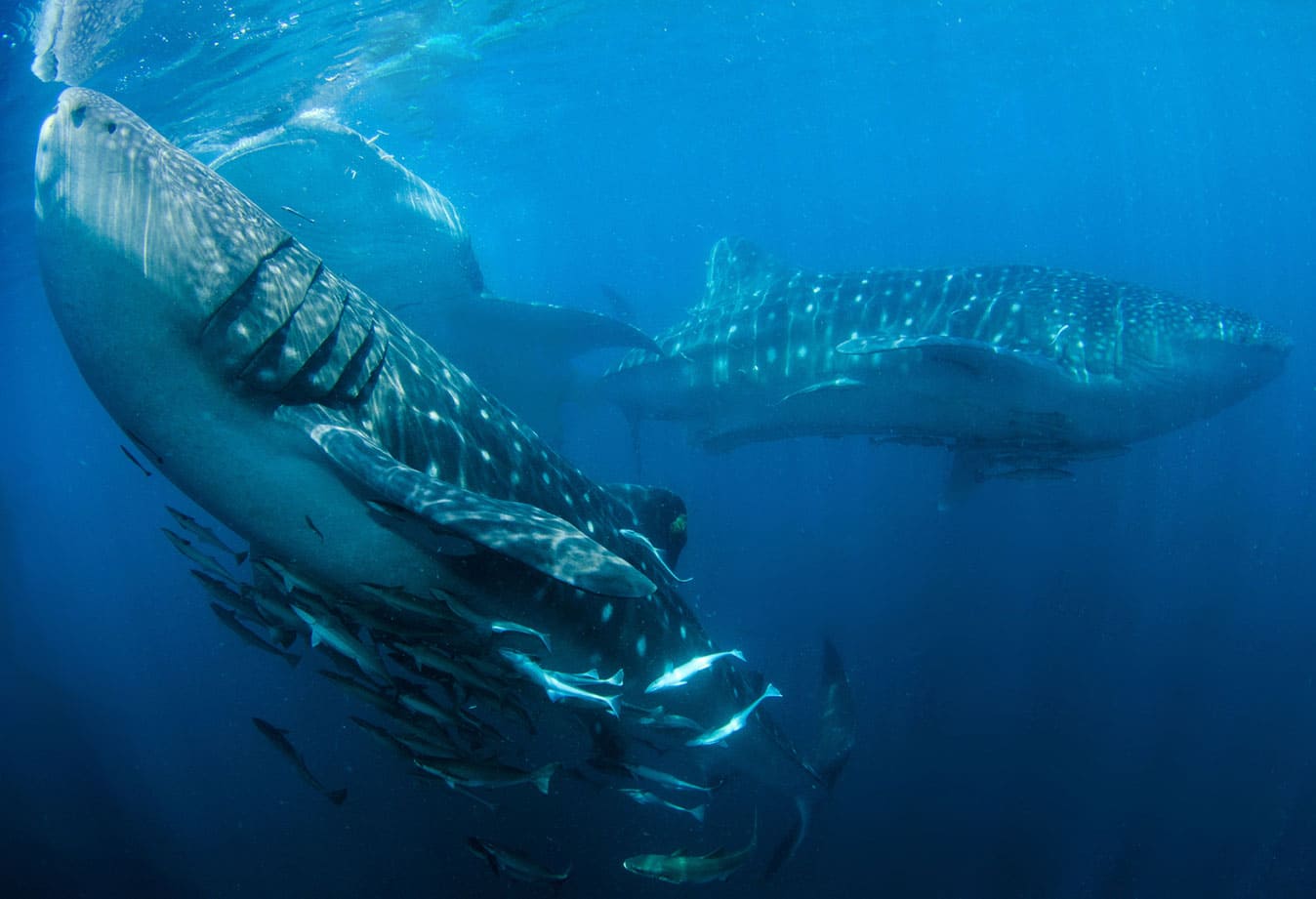 Venturing into Triton Bay can be considered like a maiden voyage back to the origin of the world. Immerge yourself into its wild bounties, and experience up-close encounters with its Whale Sharks. 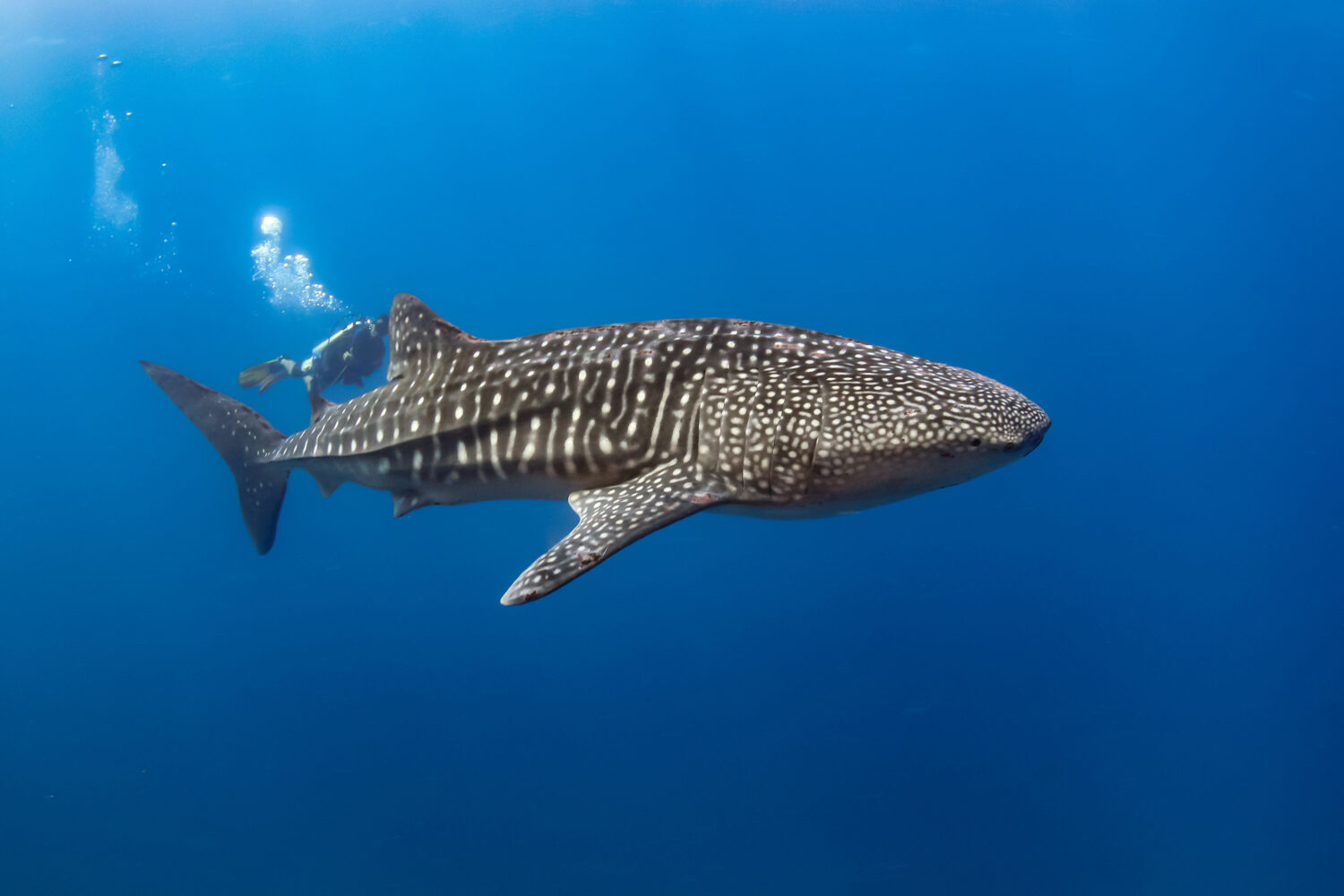 Located on the coastline of the tiny port town of Kaimana, Triton Bay is cradle within towering limestone cliffs and untouched rain forest. This dramatic natural backdrop constrains modern human influences to reach the area, and remains best explored by sea.

Peppered by few secluded villages, Triton bay is also a perfect place to get a better idea of the traditional Papuan way of life. Numerous kids are escorting you along some tidy walk path, edged by papaya and banana trees. One can see the locals chewing bethel nuts, giving you their best reddened tooth smiles. Eventually, you’ll reach their colourful evangelist Church for an unforgettable group picture.

Its white sandy coves are lapped by clear emerald waters. Lined with coconut trees and luxuriant vegetation, those virgin beaches feature numerous drowned karst outcrops. They are discerningly reminding to the insiders, some of the most stunning Raja Ampat-like landscape. Like in Misool, but in a more spectacular way, some ancient rock paintings can be found. It gives the place a mystical and fascinating atmosphere.

West Papua is considered by the most renowned scientist and marine biologist the epicenter of biodiversity in the world. This area, named the Bird’s Head Peninsula for its shape, is embracing three main areas which are Raja Ampat, Cendrawasih Bay, and Triton Bay. Counting around 1 508 fish species, 537 coral species (75% of all species in the world), and around 700 mollusk species, the variety of marine life is staggering there. 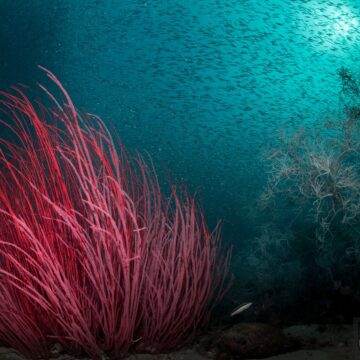 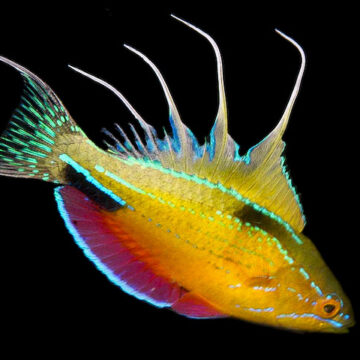 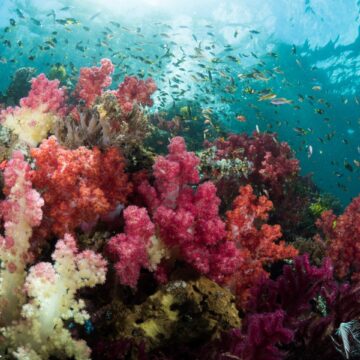 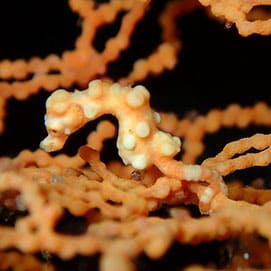 The 6000 square kilometers of the Triton Bay Marine Protected Area has productive waters and super healthy coral reefs. Its soft coral is flourishing in most of the dive sites, with bushy black coral colonies and dazzling Dendronephtya polyps. Its habitat seems to be a perfect fertile ground for endemic species to develop. The Walking Shark Hemiscyllium henryi and the colorful Parachielinus Nursalim wrasse were discovered there.

The only dark point is the reduced visibility, which can fluctuate from 5 to 20 meters depending on the dive sites and the weather condition.

Numerous shallow coral gardens are a perfect delight for snorkelers. Scuba divers will relish a whole range of pinnacles, walls, and slopes that are attracting schooling surgeonfish and yellow striped snapper. The area is also a haven for invertebrates. Let your lynx-eyed dive guide finds you some of the most elusive critters. Get your macro lens ready to shot Blue-ringed Octopus, Frogfish, skeleton shrimps, Pygmy seahorses, and nudibranchs of all kinds…

Swimming with the Whale Sharks

The Whale shark’s population is in Triton Bay all year-round. As in Cendrawasih bay, they are attracted by the activity of the fishing platforms called Bagan. Using heavy lights at night, they are dropping their nets to catch bait balls of silversides. When they are pulling up their gears at dawn, the gentle giants are surfacing to get their share of the plunder.

Witnessing simultaneously up to ten Whale sharks is possible, only armed with a mask. A unique opportunity to get some nice shots of those impressive giants. Don’t forget to glance down under the platform to get a stunning spectacle: dolphins, trevallies, and other pelagic are in a frenzy, while few majestic whale sharks are circling around. 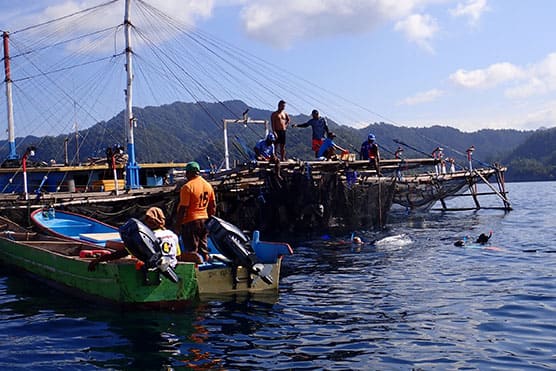 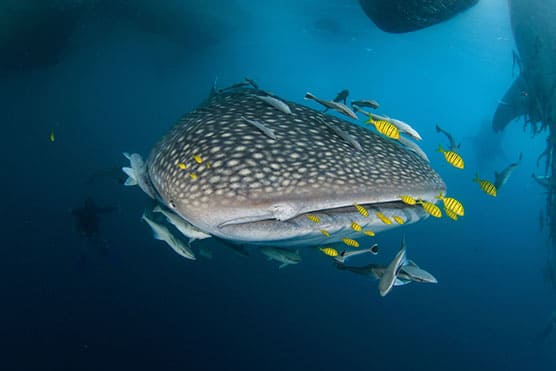 We are offering itineraries that combine the exploration of Raja Ampat and Triton Bay.  But our recent inspection of the Etna and Kayuh Merah close-by bays had been quite prolific. Revealing again to us that many hidden Gem still remains undiscovered in Indonesia. Triton bay would makes the perfect subject of an epic, individually crafted, journey. Enquire a Charter 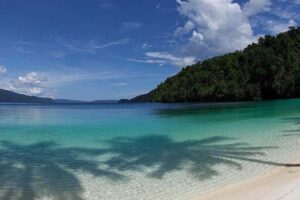 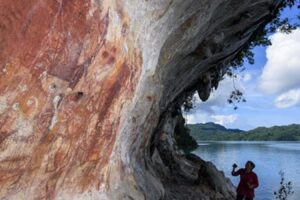 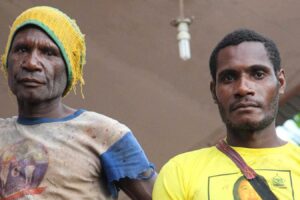 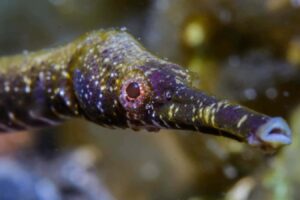 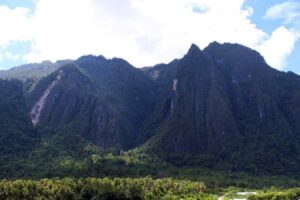 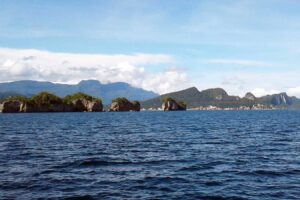 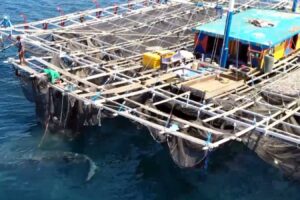 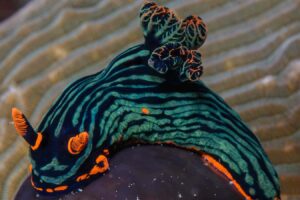 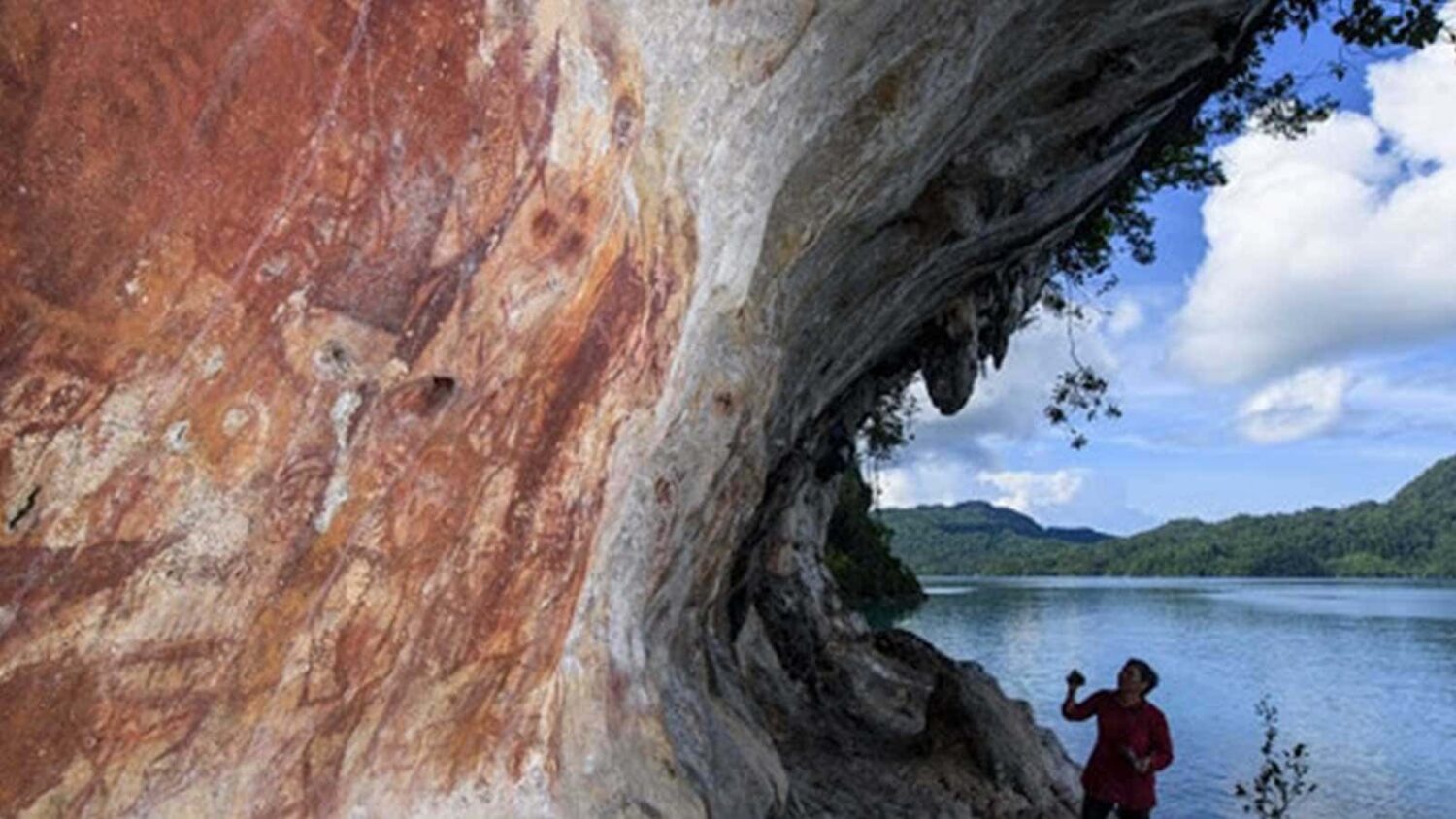 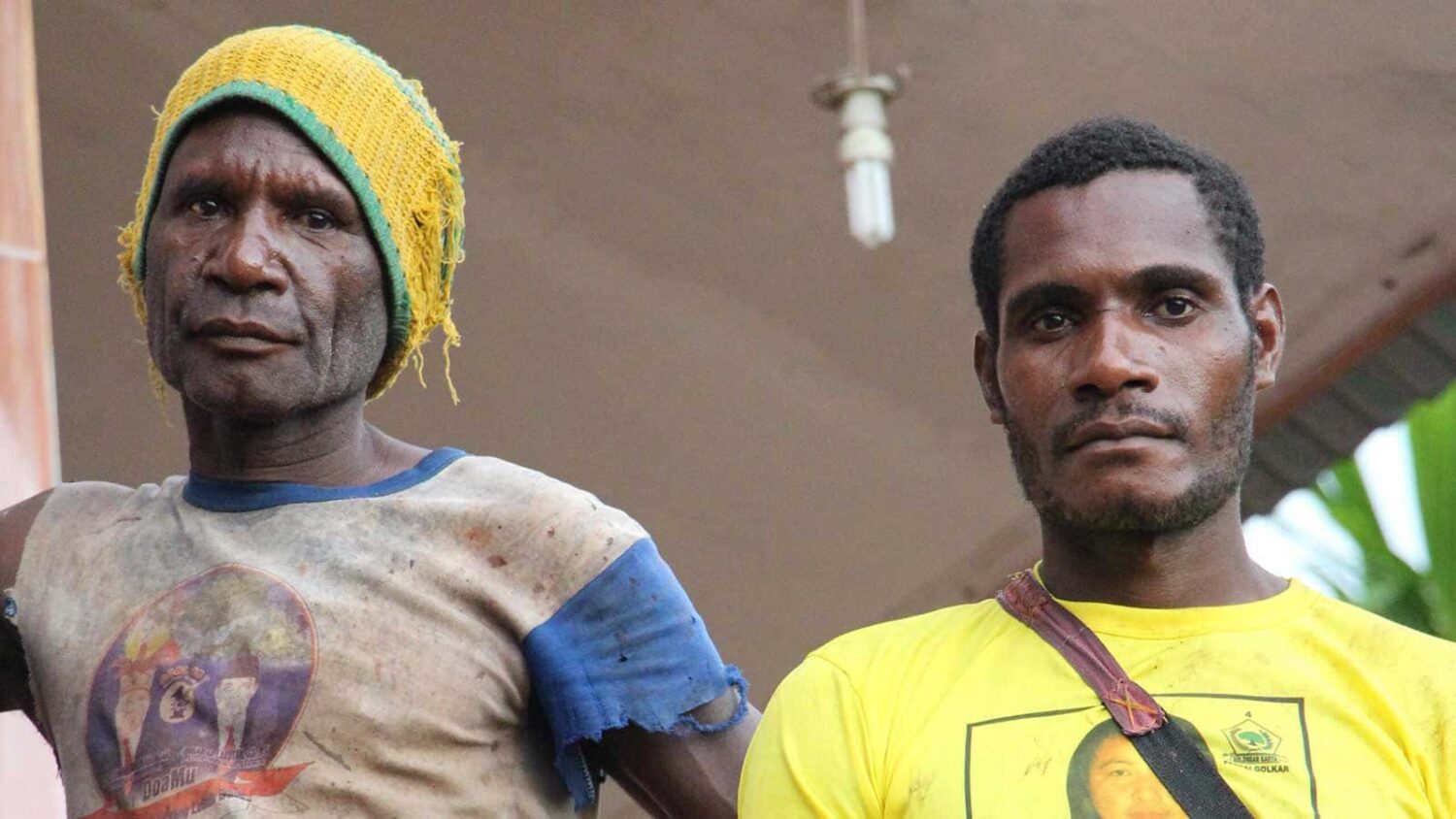 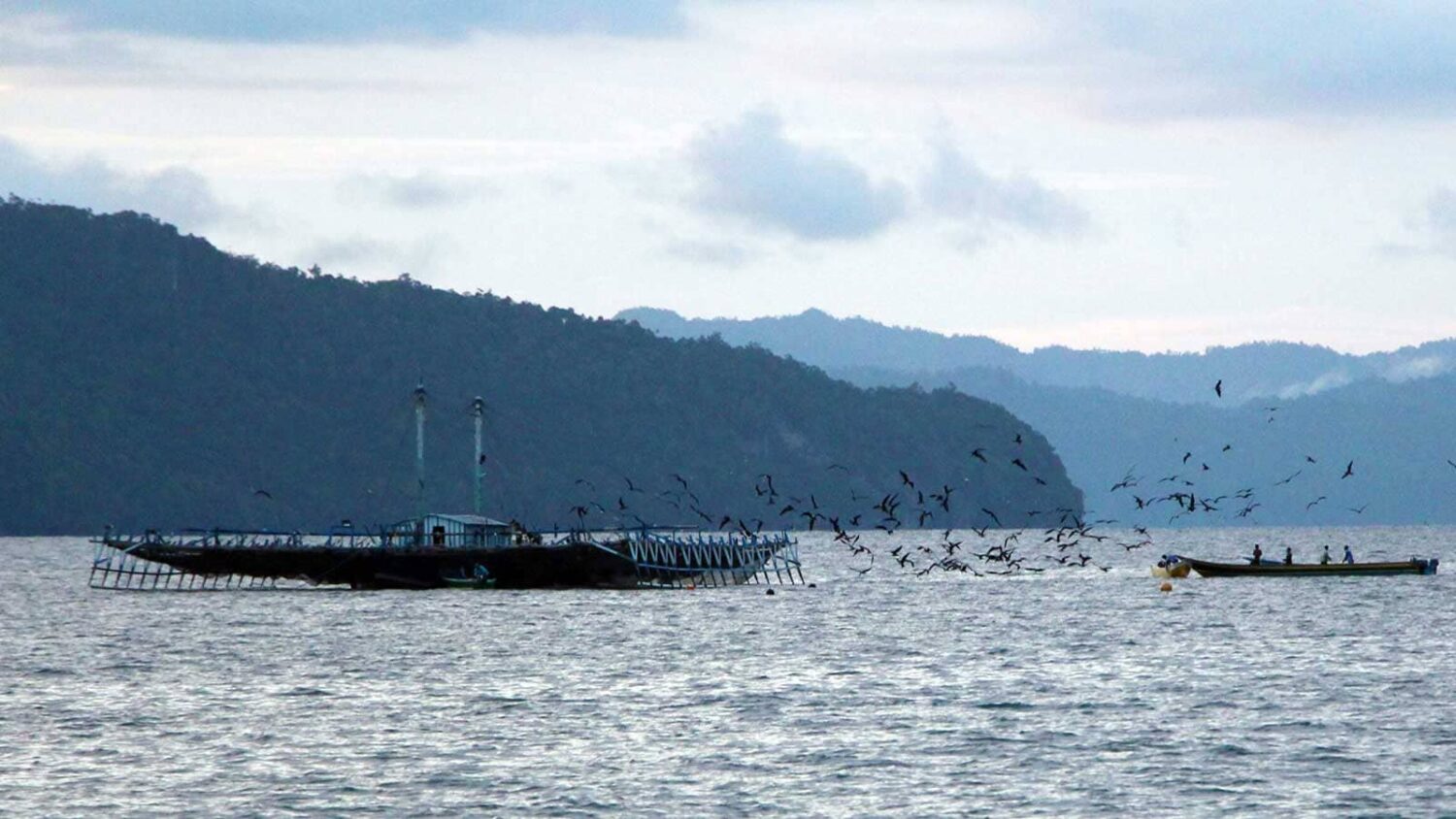 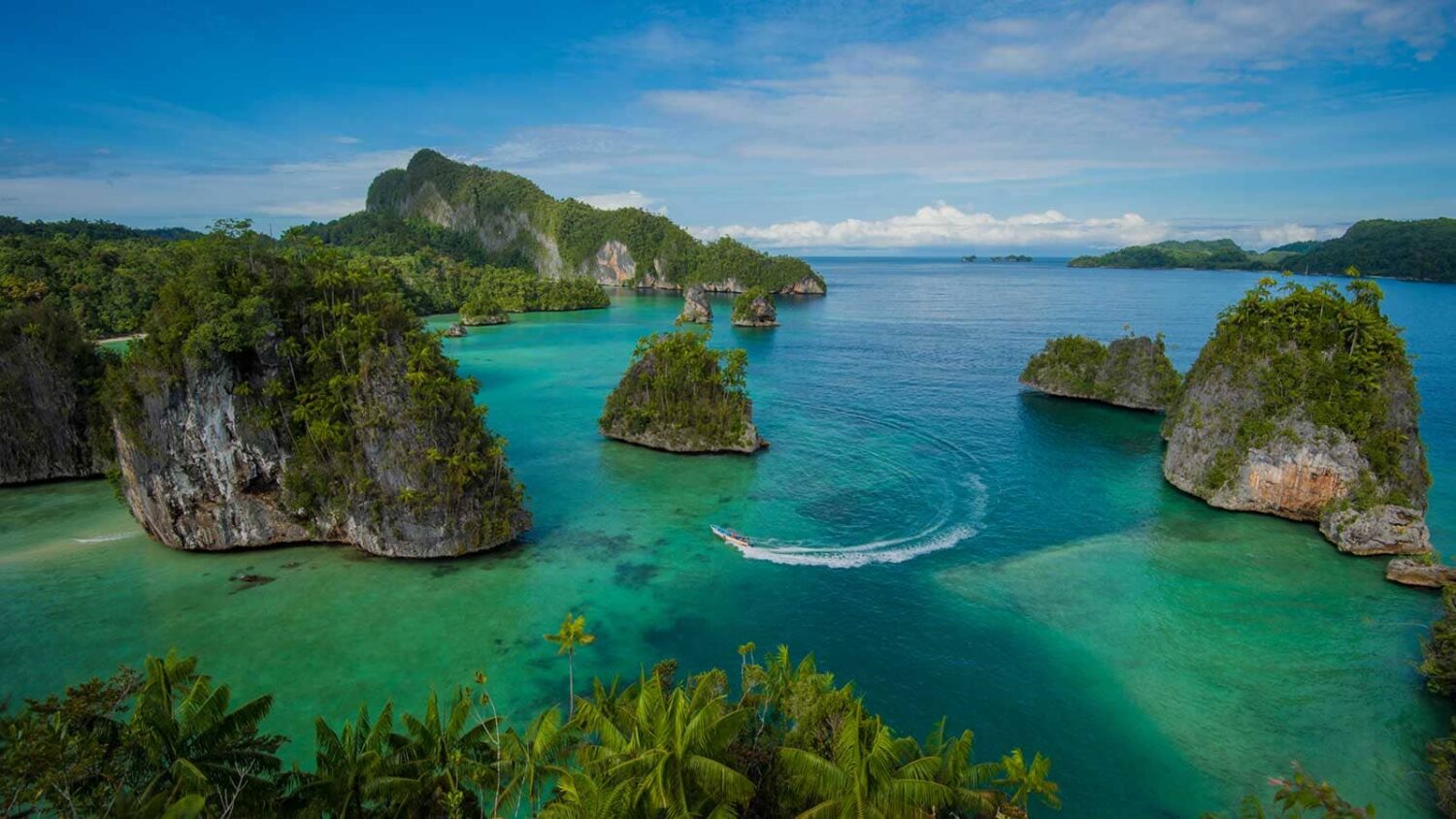 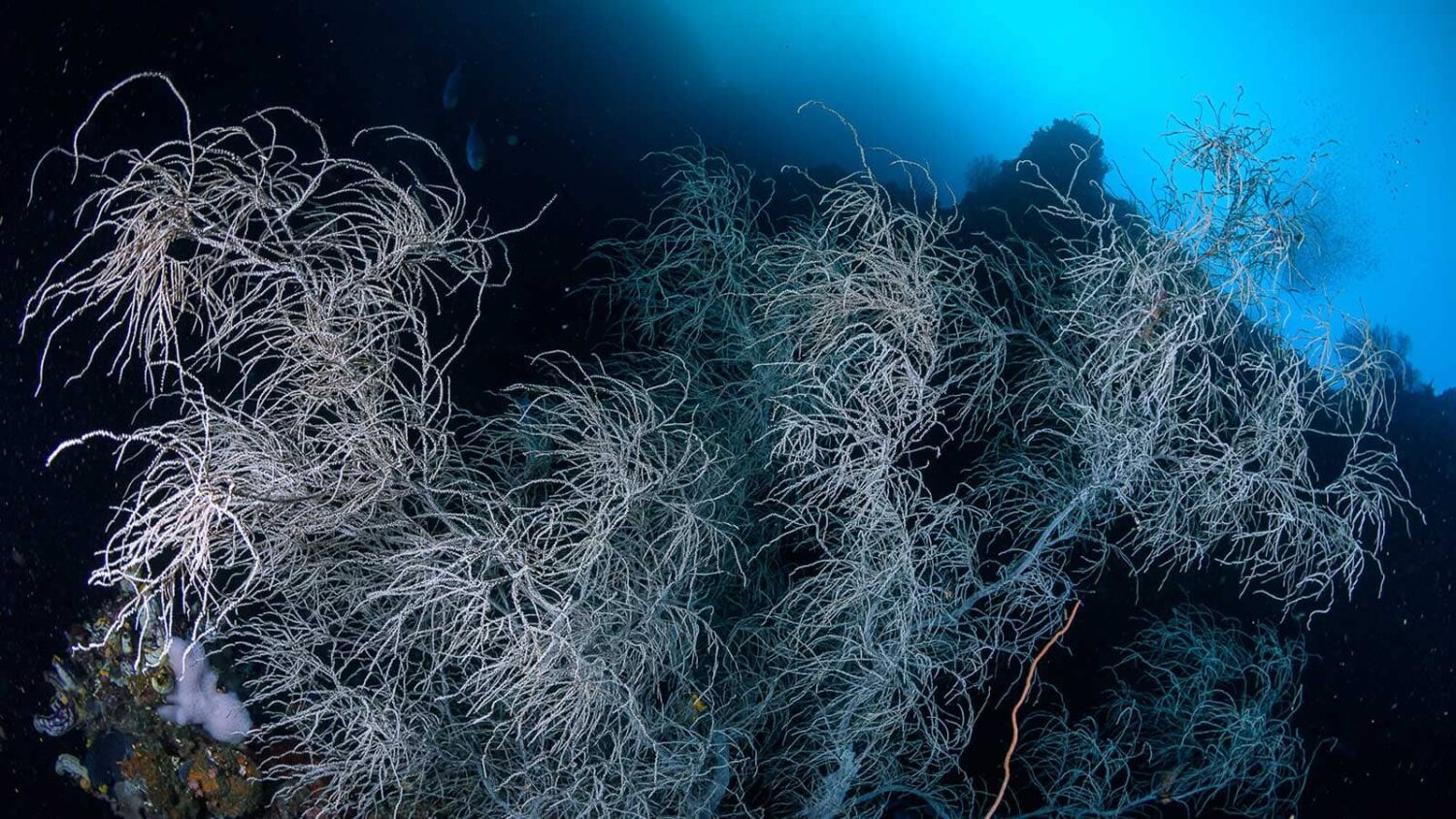 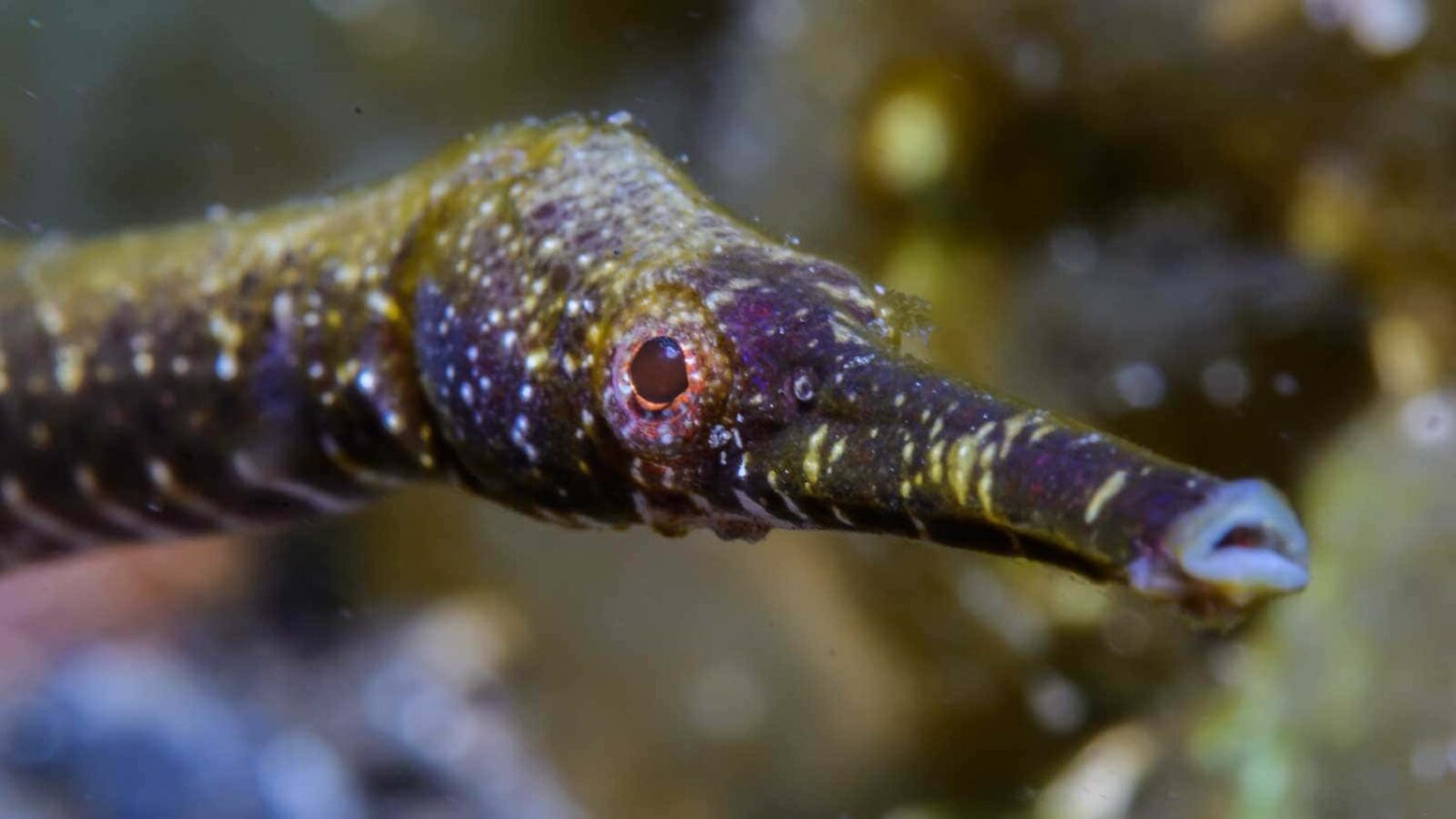 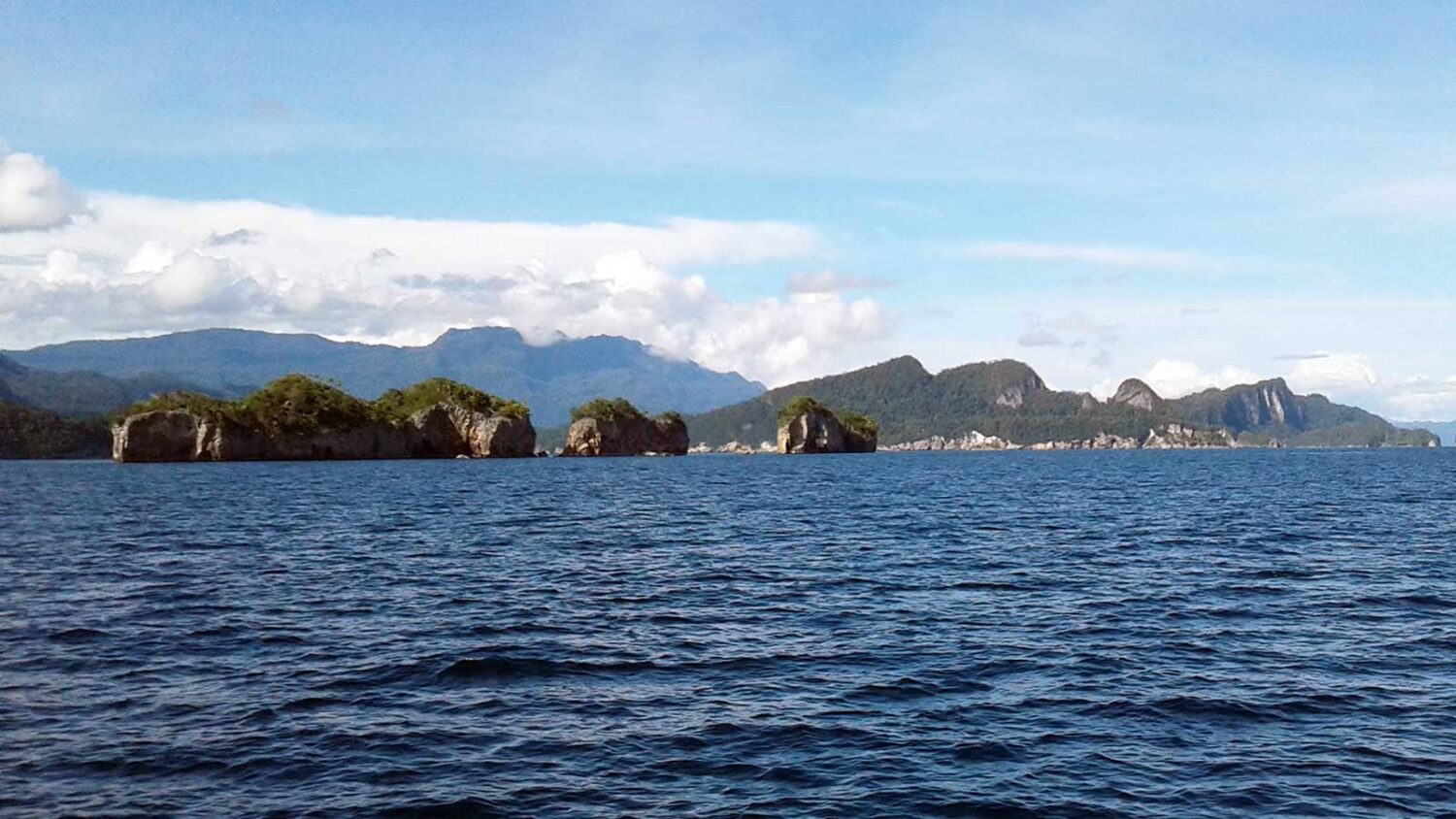 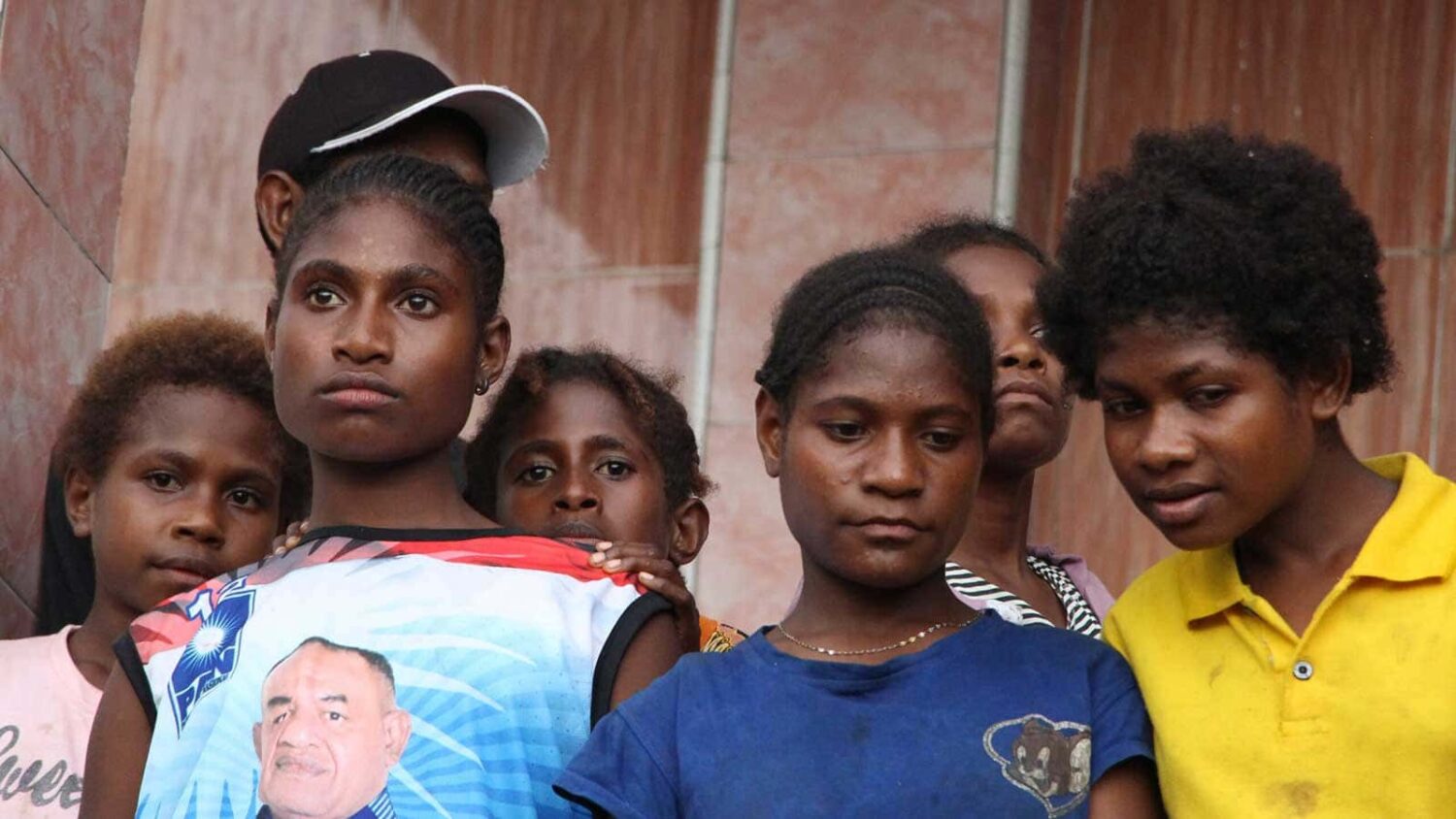 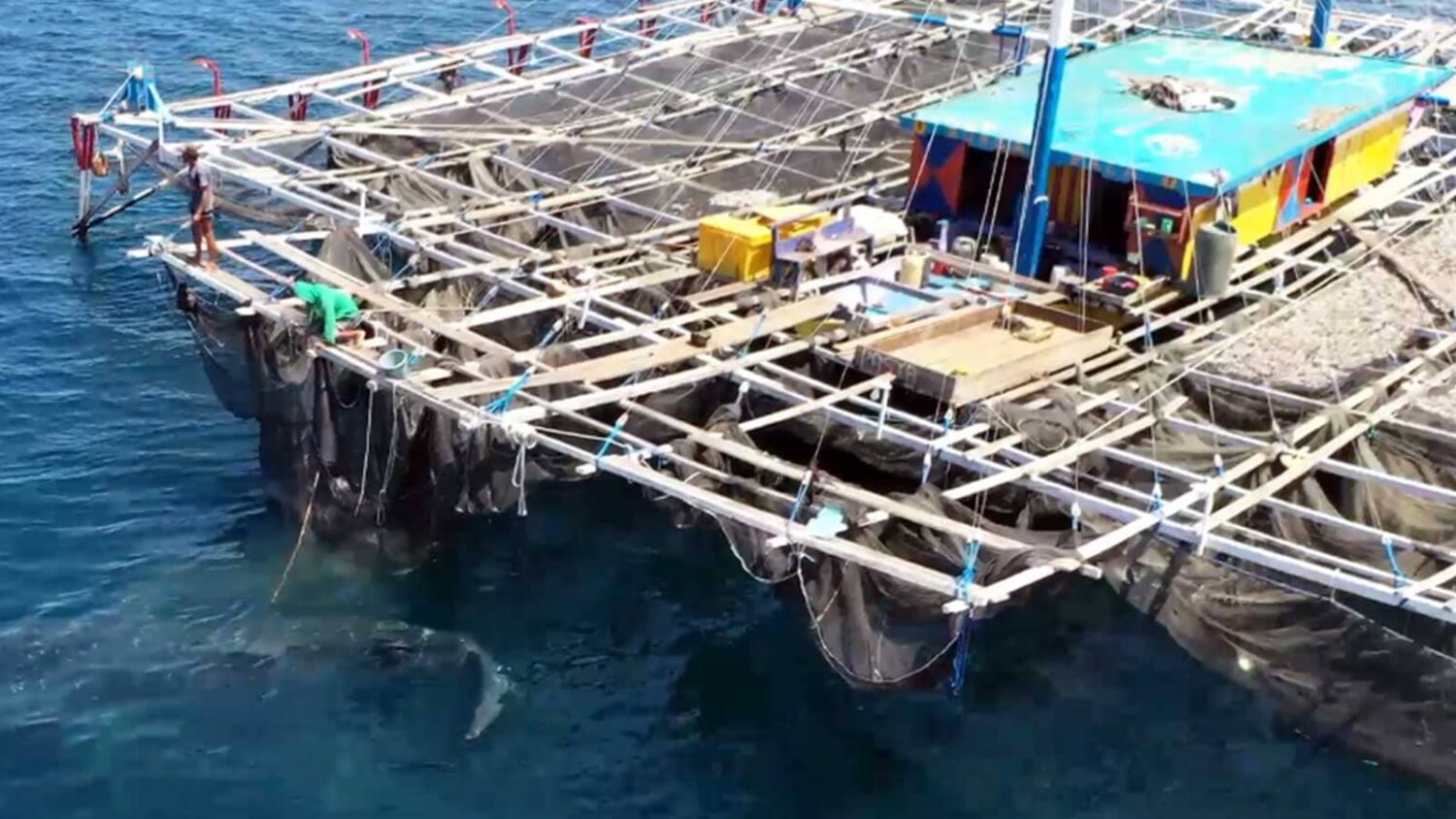 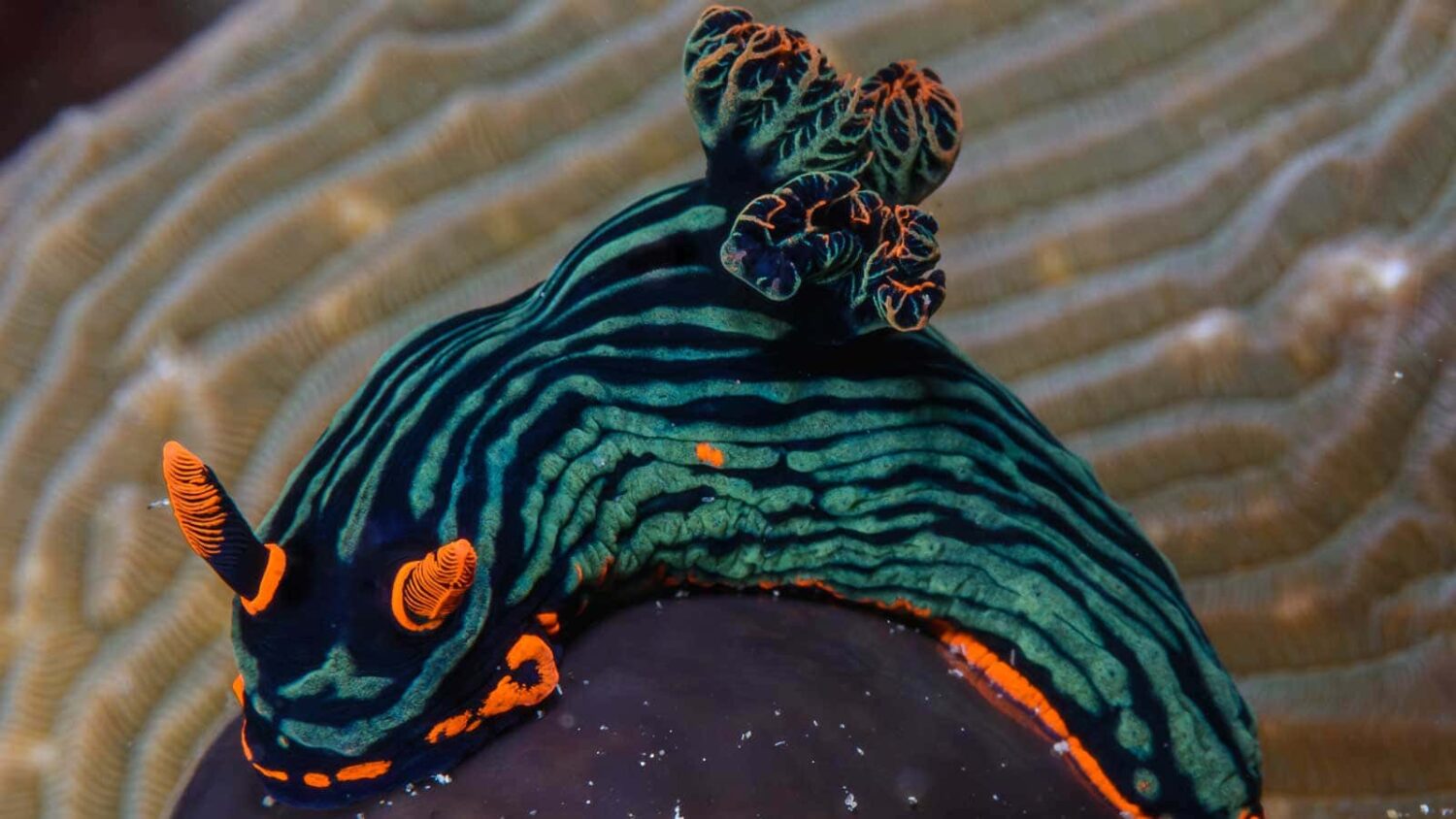 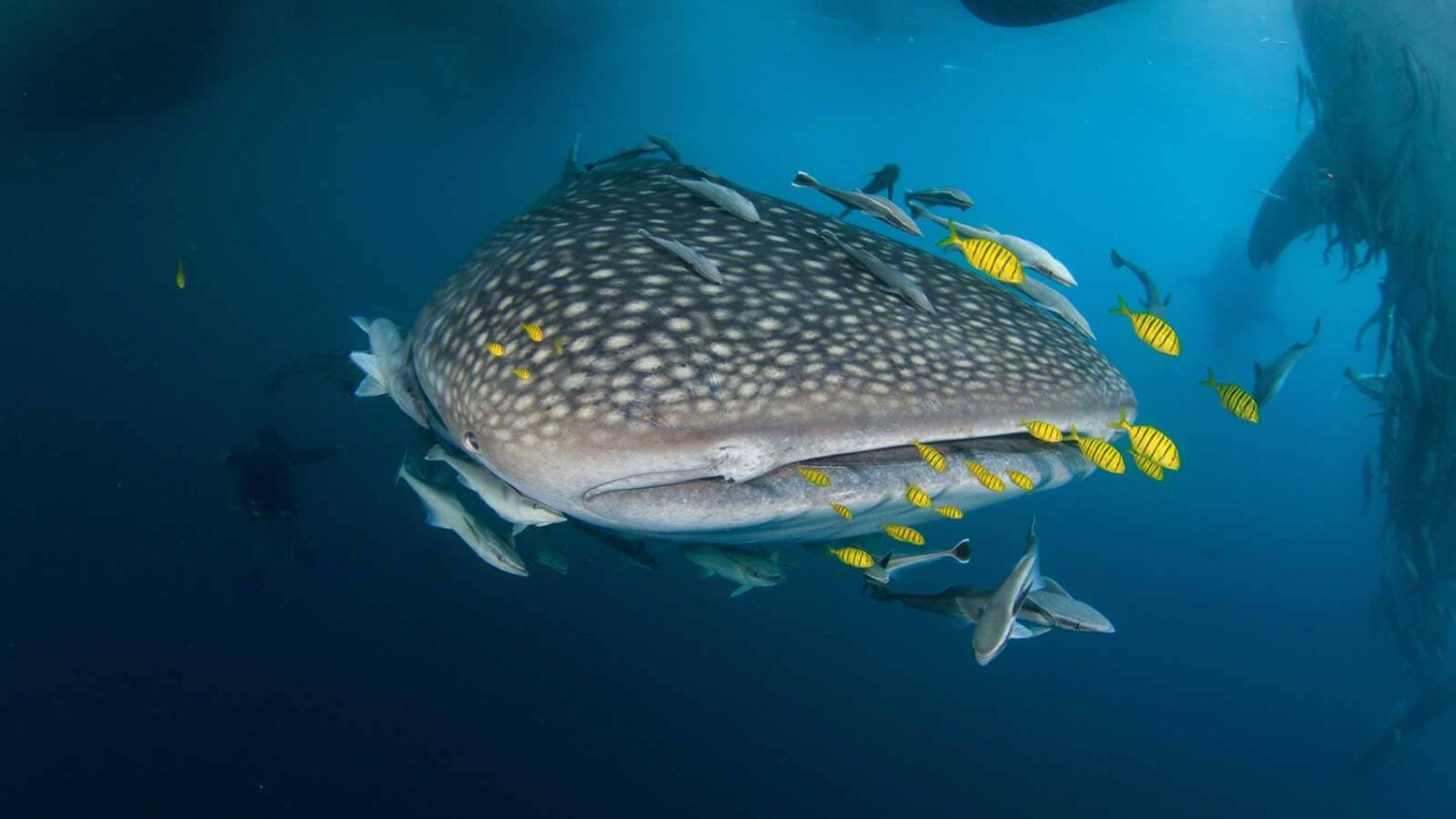