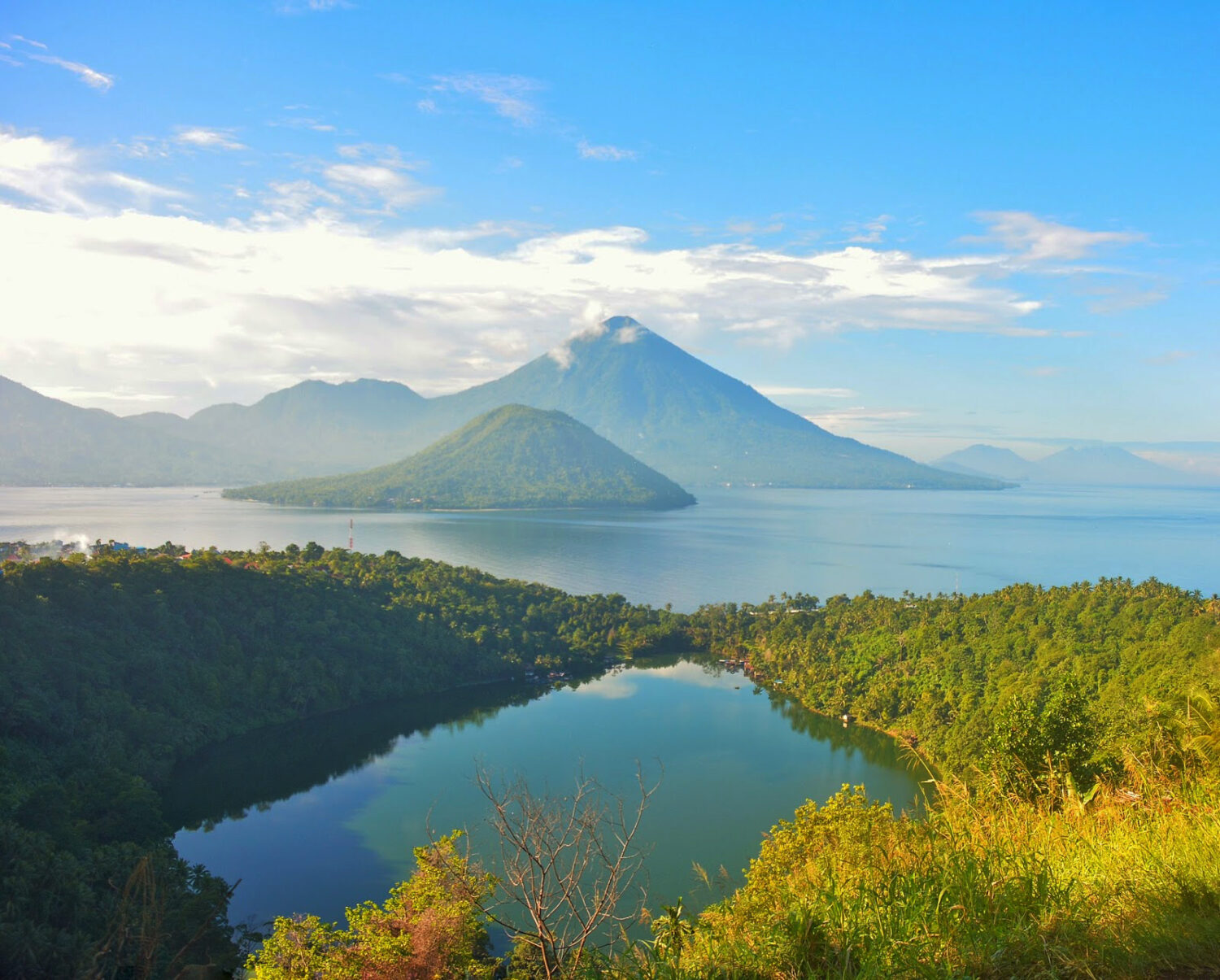 Located between the large islands of Sulawesi and Papua, Halmahera is a relatively unknown destination with a mysterious aura. Since 2013, Konjo has been meticulously exploring this region so we can now offer you the best it has to offer. Halmahera displays world class surf in Morotai, and 5 stars scuba diving and snorkeling on the western side. Its white sand beaches and coconut tree-lined shores seduce travelers seeking leisure activities. Its glorious history of spice trade, fascinating indigenous tribes, and pure tropical wilderness will attract travelers seeking unique and natural experiences.

Planned for May 2024, our scuba diving expedition will start in Sorong and end in Ternate. Eight full days will be spent cruising around Halmahera, Bacan, Goraichi archipelago, Ternate and Tidore. If you are interested in a full charter, we can design one to begin right qfter our May expedition, aboard the same yacht. Focusing only on North Maluku, it will start and end in Ternate, where you will hqve access to a major airport. 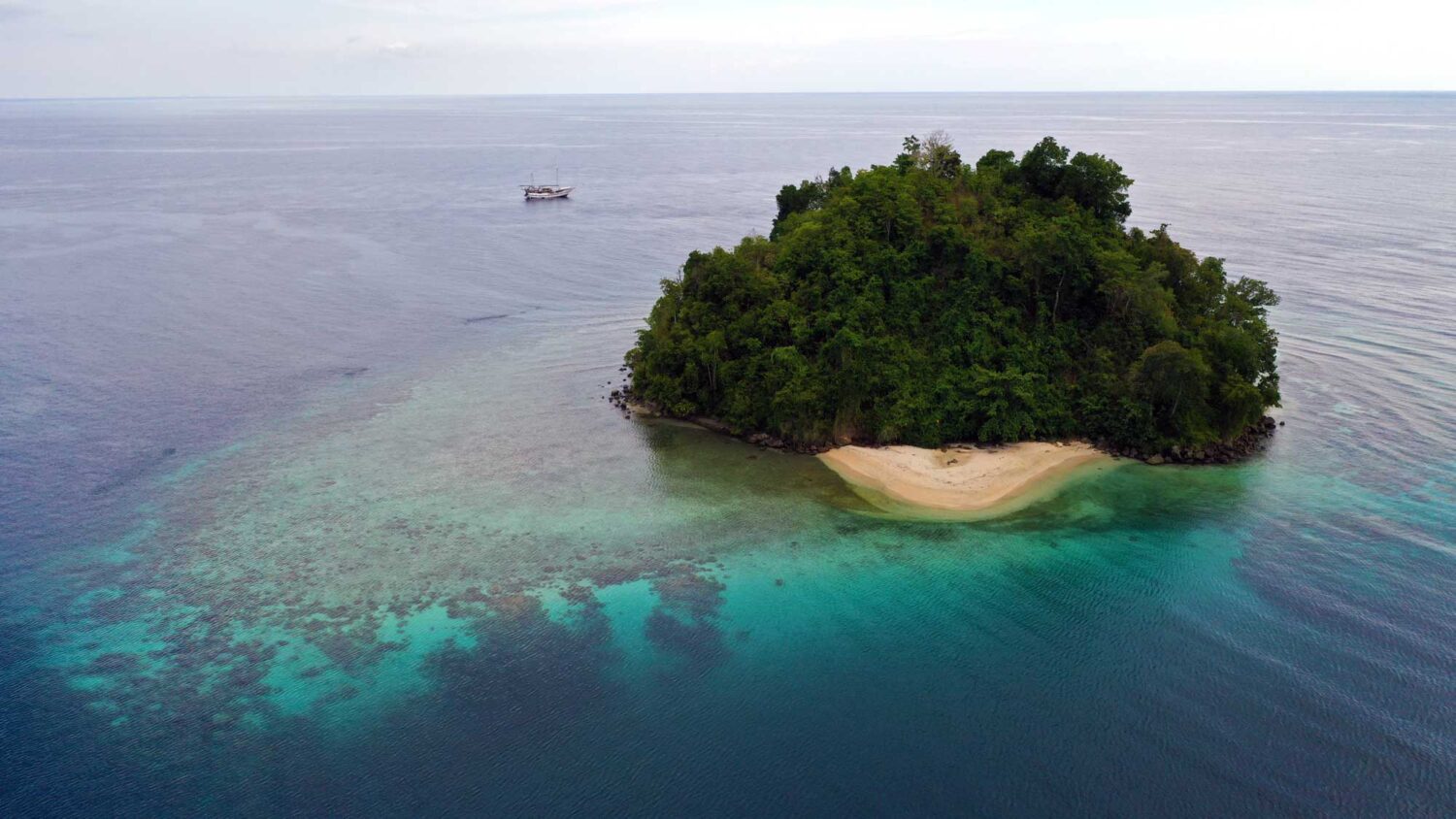 Only a few operators have the experience to cruise the costs of Halmahera. Most of them are just passing through, and don’t have the time or knowledge for an exploration of the best parts of the area. Liveaboards and yachts typically make one or two stops on their way to Lembeh, without realizing what North Maluku has to offer.

Konjo has been exploring Halmahera since 2013. Initially, we brought intrepid surfers who were searching for uncrowded, world-class waves. To do this, we had to find liveaboard vessels and relocate them from Raja Ampat. This is how we discovered the epic underwater world of West and East Halmahera. Since then, other liveaboard companies ask for our services to introduce them to the area in the best way. 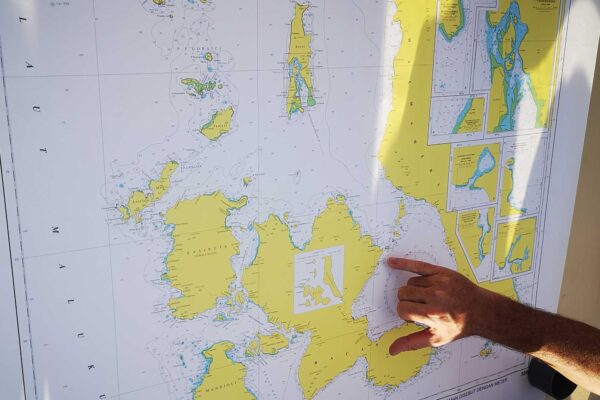 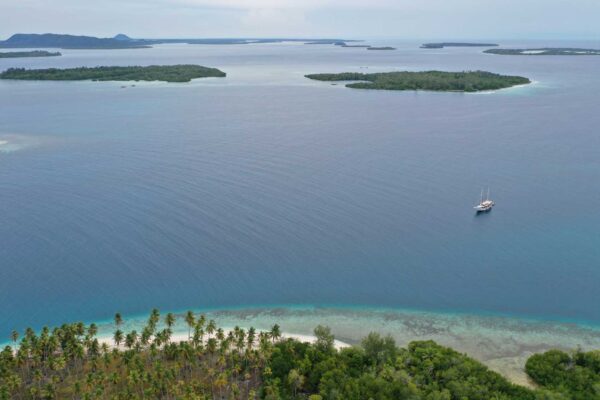 Arriving in Ternate by air is already a breathtaking experience, as it is part of an unreal line of 7 volcanoes.  Your trip in North Maluku has already started. Halmahera has many active volcanoes like the Gamalama, and the Dukono, any of which deserve further inspection. Volcanic mountains and hills are covered by primary tropical forests, and the shore is lined by coconut tree plantations, untouched mangrove, and white sand beaches.

Ternate was the headquarters of Sir Alfred Wallace, the famous adventurer and intrepid naturalist, who competed with Charles Darwin to develop the modern theory of evolution. The first meeting between the Sultan of Ternate and the Portuguese was early in the 16th century, when Europe has discovered a taste for cloves and nutmeg. The turbulent relationship between traders and local elites left many romantic and terrific tales and legends.  The successive wars between local kingdoms and ambitious European nations carved the landscape with forts, many of which still remain. Today, Muslim and Christians share the space mostly peacefully, sometimes in the same village. 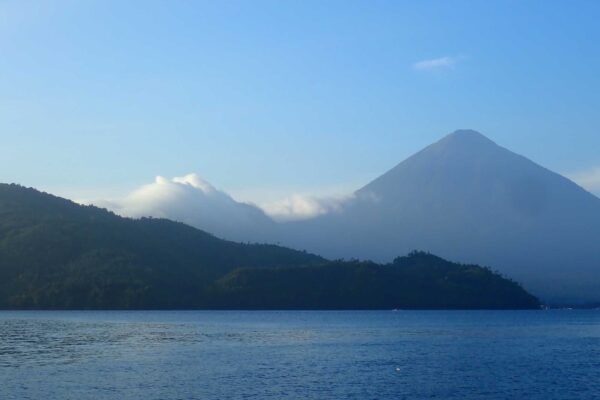 ASK FOR YOUR PRIVATE CHARTER

A powerful pacific current, part of the Indonesian throughflow, brings nutrient-rich water to the coast. This current prevents the water temperature from getting too warm for the reef life, in this period of global oceanic warming. Halmahera’s reefs are as healthy and colourful as the reefs of Raja Ampat. The thrilling mixt of hard and soft coral offers an incredible breeding ground for fishes and macro life. A large population of Anthias often hovers over the reef, similar to the famous Batu Bolong dive site in Komodo. Snorkeling can also be spectacular here.

The Patintie Strait, or the tiny Goraichi archipelago are packed with world class dive sites. Drifting with the current, or using their dive hook, divers will be enthralled by the biodiversity and the quantity and variety of fish life. Schooling Snappers, sweetlips, surgeon fish, and jacks are running the show. Blacktip sharks can be spotted on the reef during virtually every dive, while Grey reef sharks are often patrolling in the blue.

A population of Alferdi’s Manta Rays can be found along the Goraichi archipelago. Often seen hovering above a gravel reef at cleaning station, we have noticed that they come there to feed as well. In this situation, it is often easier to go with just fins and snorkel to enjoy watching them from the surface. 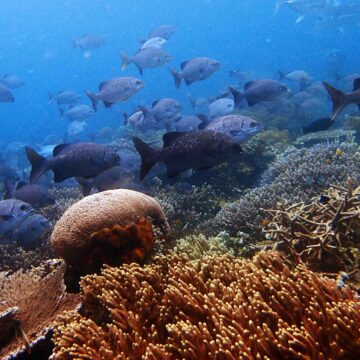 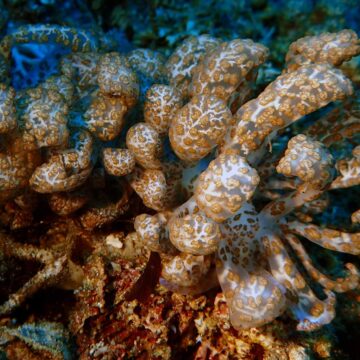 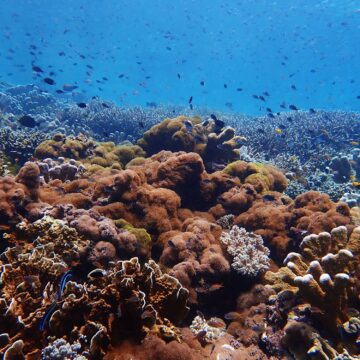 The World-class waves of Morotai

The North of Halmahera offers world class surfing waves, minus the fame. A true paradise for intrepid surfers aiming to get off the beaten path, far away from the Balinese crowd. It will be just you and your friends surfing 5-star barrels. We discovered the area aboard the Lambo, which back in the day was the only boat to go there but the boat Sama-sama. Konjo has been amazed by this unknown surfer’s paradise surrounded by gorgeous islands. Lined by white sandy beaches and coconut trees, the shoreline is sprinkled with welcoming villages. Waters are full of fish, and the area is a hotspot for red tuna fishing. Bring your spear gun to catch fresh Spanish mackerel for sashimi.

After the Lambo was retired, the Sama-sama kept to operate in the area, along with a few other Surfing Liveaboards. Unfortunately, There are no other surf -focused liveaboard operators in this area for the 2023 season.

The Sama-sama will be operating again during the 2023-2024 season, from December to March. Konjo believes they are the best surf-focused liveaboard operators in the area. Departing from Tobelo, the cruise director will use his expertise to chase the best waves while considering wind and swell. Adventurous surfers, Mototai should be on your bucket list! 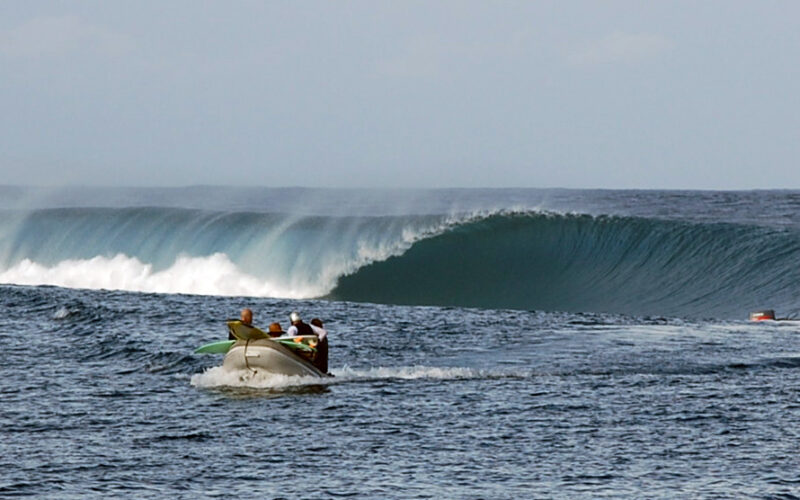