Launched through passion and love

I was in Australia when I first looked at the map of Indonesia. Looking at all those isolated islands sounds like an invitation to travel. I get so excited looking at the Eastern part of the archipelago, as I never realize before the potential of exploration it offers. I had visions of untouched reefs, authentic tribes, wild forests and endemic wildlife.

I started being obsessed by those remotes islands only reachable by seas. I had to go there in any ways. When I started to make some research, I discovered those exquisite vessels made of precious wood. And that was it. I took my backpack and my last Australian dollars and decided to move to Indonesia to become a cruise director. 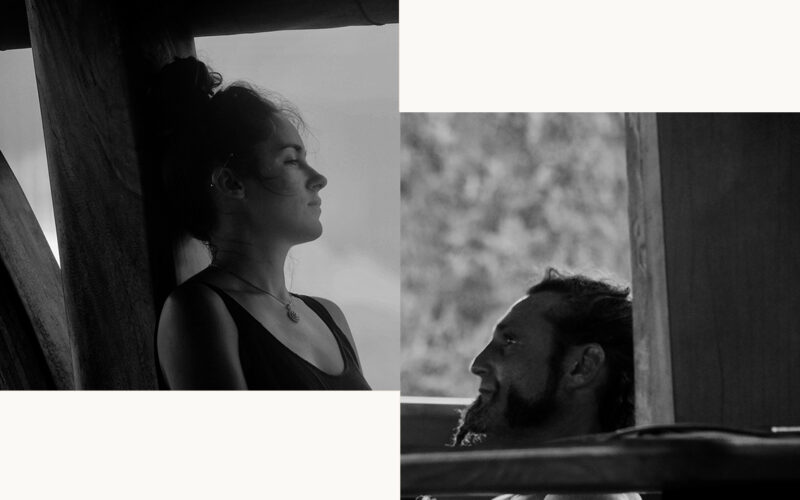 After my first 5 years at sea, we met with my actual wife Marion. She became a dive instructor also and we join our efforts in a new venture. We get both involved into managing the whole operations of the newly launched Teman liveaboard (Bookings, Marketing, and operations). A year of successful management brought us the idea of creating our own company. I stop being a full-time onboard cruise director, to get fully involved in the creation of Konjo Cruising Indonesia, and take care of our growing family.

The Konjo and the Bugis Tribe

Konjo is the name of the boat builder ethnic group from South Sulawesi. They are the most experienced craftsmen in the Indonesian boat construction. Their traditional knowledge is transmitted from generation to generation, and lead to the construction of beautiful wooden boats. It embodies perfectly the Unesco-recognize culture of Indonesia’s legendary Phinisi vessels. With the Bugis (mostly sailors and captain) and the Bajo (Sea gypsies living spread in the whole south east Asia) they are the main Indonesian Sea tribes. 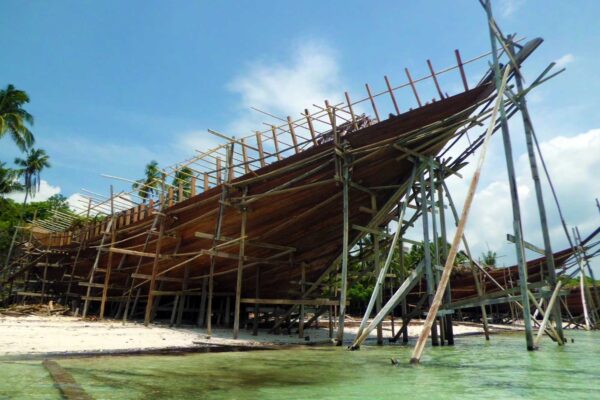 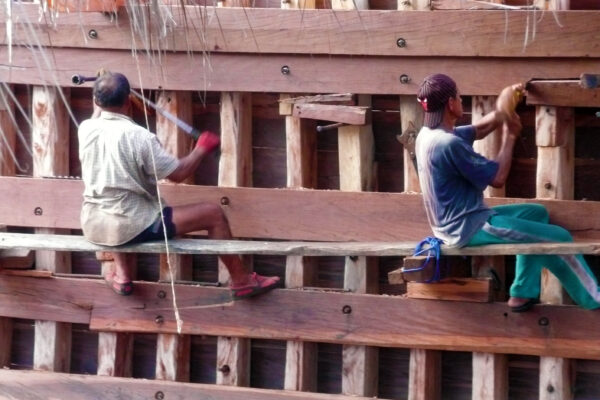 I am specially attached to the people from South Sulawesi, who are deeply carrying the soul of the seafarer. I did live with them during years. Starting on simple vessels, I share the space with the crew for years without having my own cabin. We sing sailors song together, we navigated, explored and discovered numerous areas together. I built my routes following their advises and their trustful knowledge. Giving that name to our company, is a tribute to their Indonesian sailor soul. 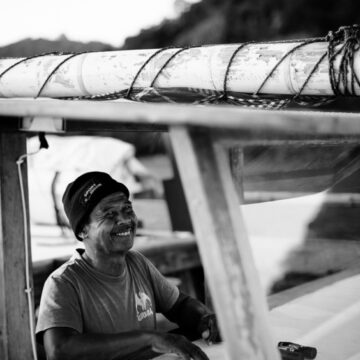 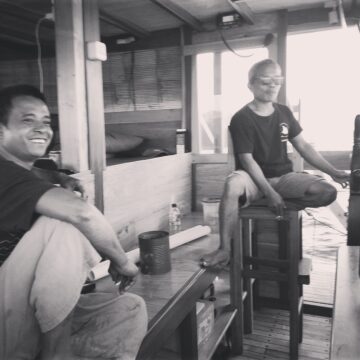 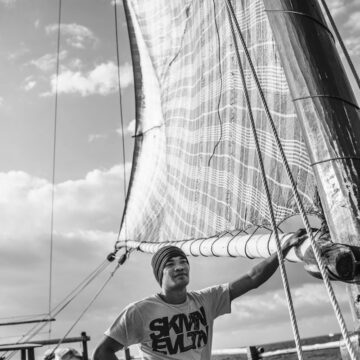 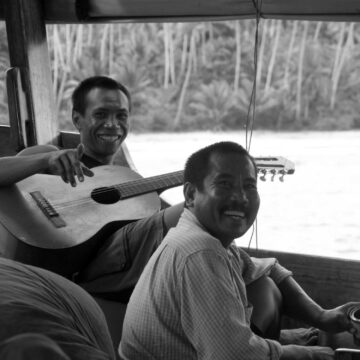 Our logo is inspired by the Batara Baruna figure. Ancient hindu Chimera, he is a hybrid representation of a goat and a fish. God of the waters, he is the ruler of the sea and the rain. Batara Baruna is in charge of the ocean conservation, and the protection of its inhabitants. You can find a similar figure in la Gallego, a manuscript from the 18th century, written down in the Bugis language and telling the creation myth of those sea farers. 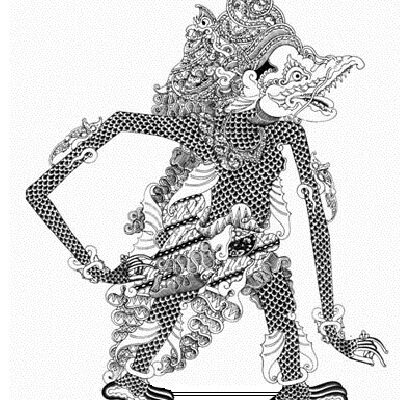 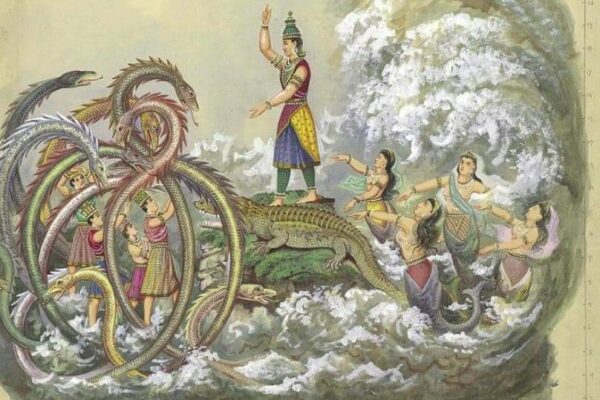 His figurine is now used as a Wayang, mostly in Java. Traditional form of puppets theatre, it tells stories of the ancient gods, through a lights and shadows’ spectacle. It has been recognized by the Unesco as “a masterpiece of the oral and intangible Heritage of the humanity” in 2003. The origins of Wayang is linked to the medieval influence of India into the archipelago. The first Kingdoms of Indonesia embraced Hinduism, the Borodur Temple being their major legacy. The island of Bali is the actual version of this ancient influence, which evolve through the local prism.

An allegory of the Indonesian Syncretic Culture

Since then, Indonesia became the largest muslim country in the world. In south Sulawesi, Islam has a meaningful importance to the society, and is deeply suffused into the Konjo and Bugis sea tribes original traditions. Our logo aims to be an allegory of the modern Indonesian culture. True syncretism of all those Indian, Arabic, Chinese and European influences, through a multitude of local cultural distinctive features. It is perfectly resumed by the Indonesian national motto: “Unity in diversity”. 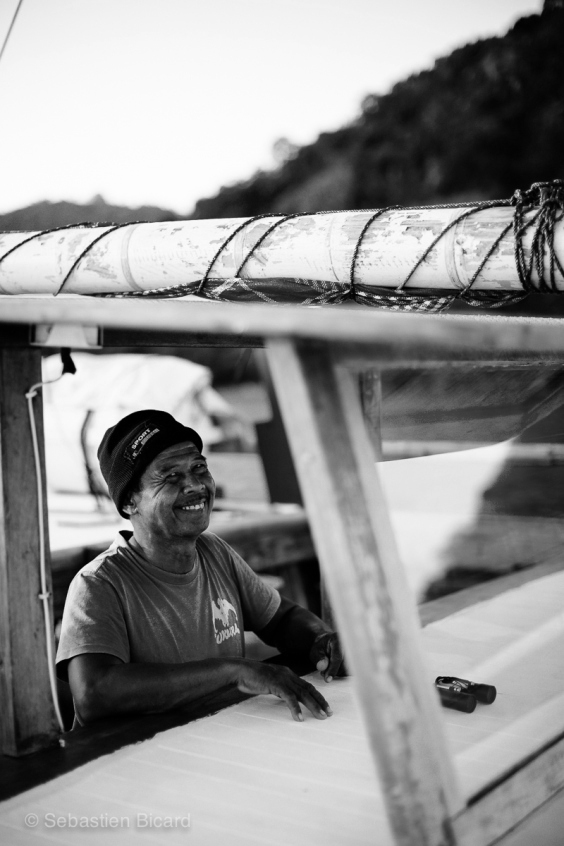 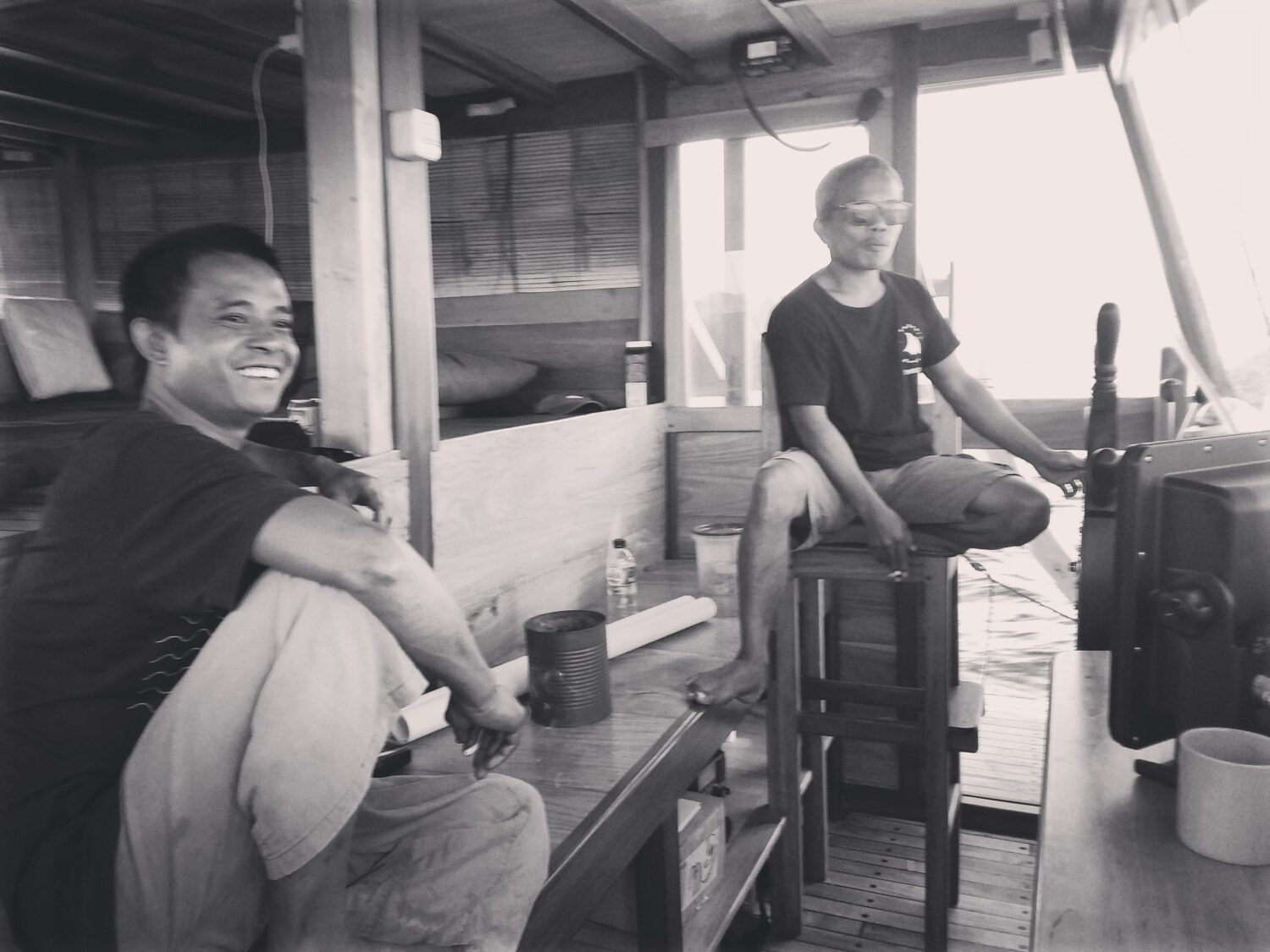 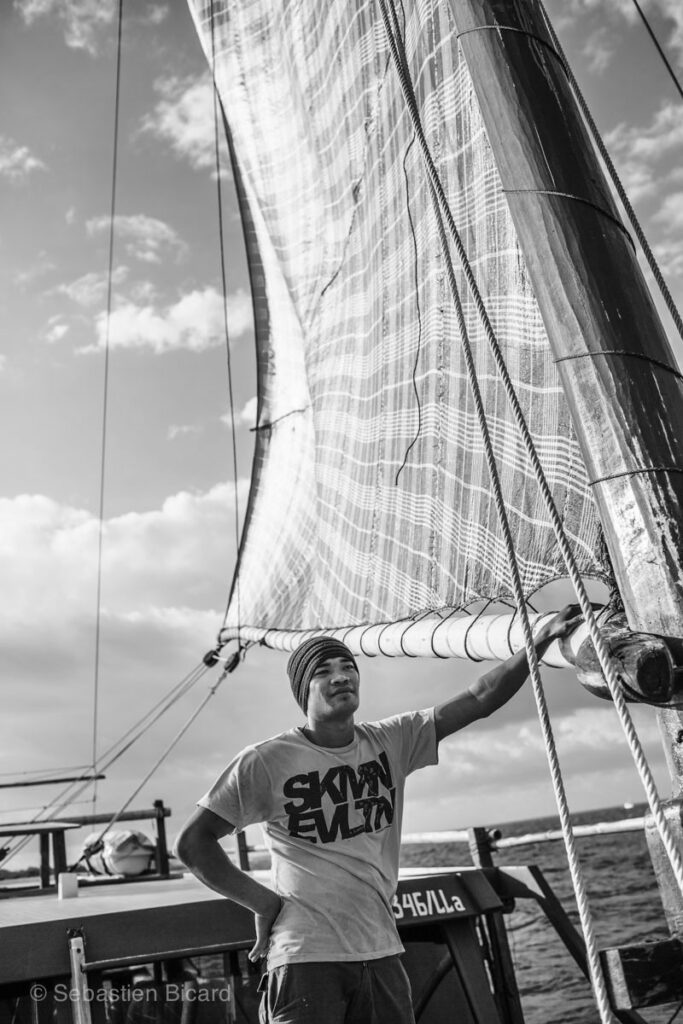 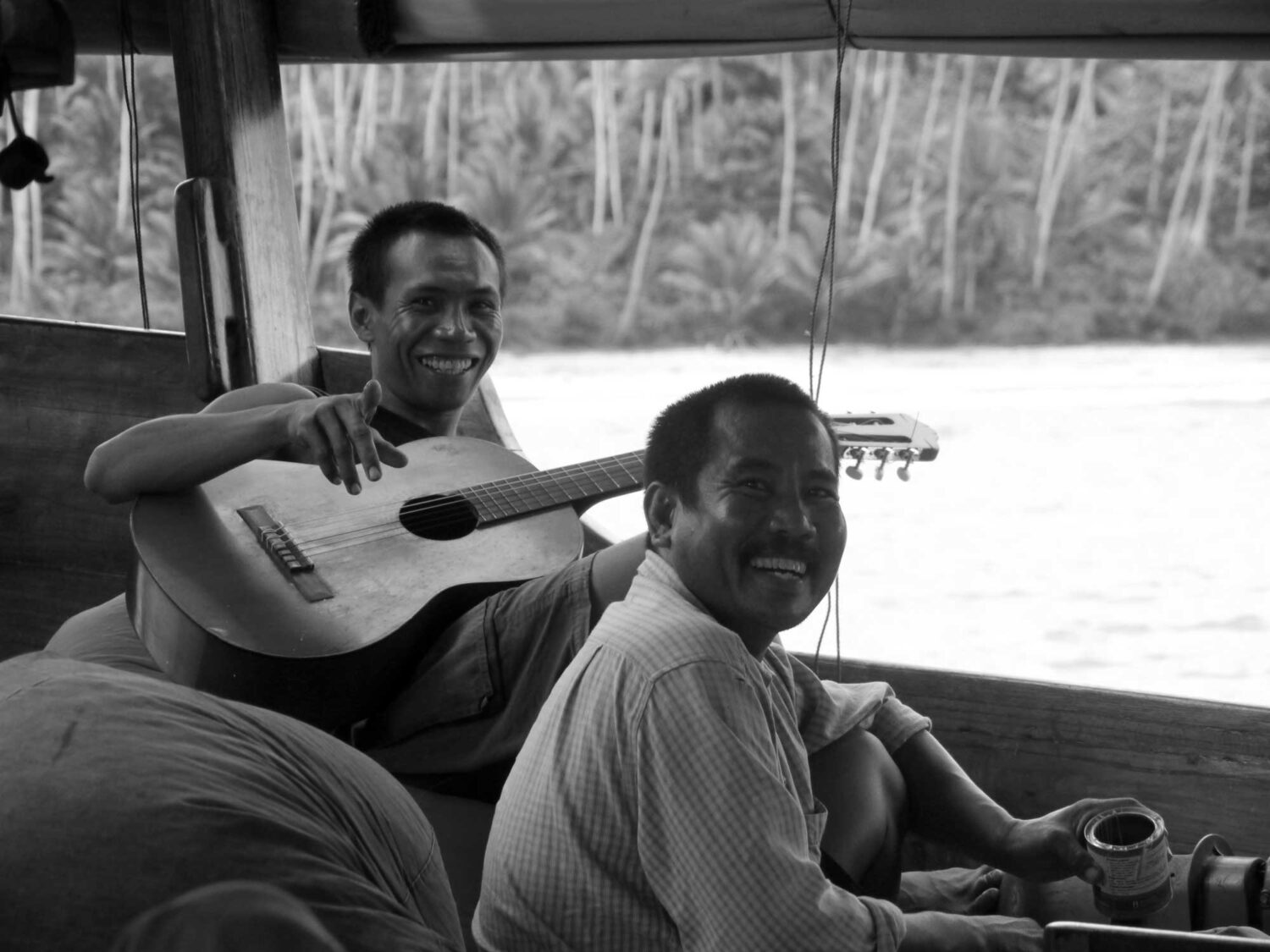