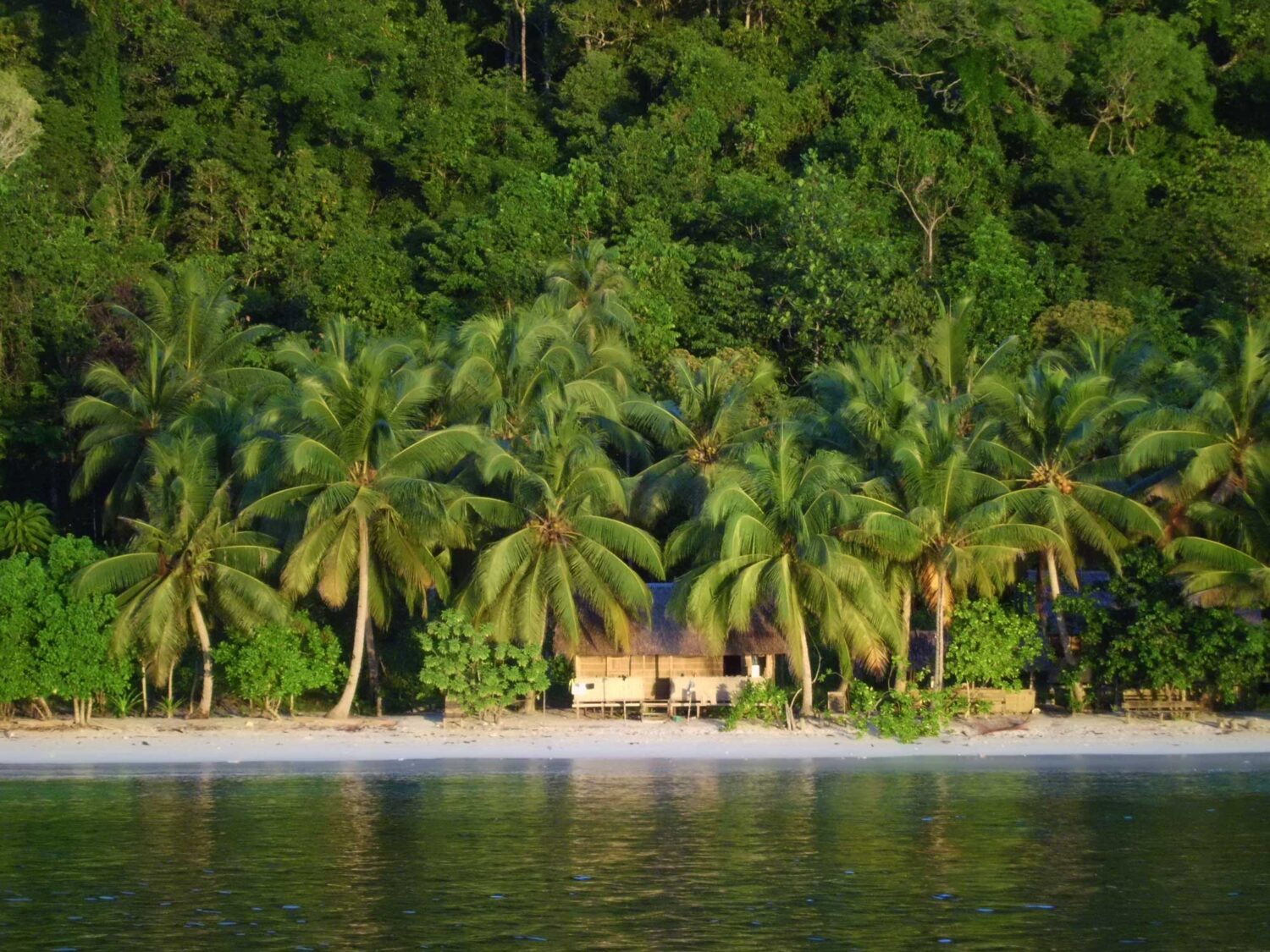 The port town of Waisai

The Dampier strait is the most populated and is a central location in the Raja Ampat. Flowing in between the islands of Batanta and Waigeo, it includes also the small island of Gam, Mansuar and Kri.

Closer from the main land of Papua, the Dampier Strait is protected all year long from the winds and waves. Waisai is the main port town, and is meant to become the Labuan Bajo of Raja Ampat. Modern ferries are berthing everyday in its jetty, bringing goods and passenger from the home harbour of Sorong.

There is no large Supermarket or western restaurant yet, but it is just a matter of time. Hotels are already offering a narrow option of accommodations for visitors, and few liveaboard already start to operate from Waisai. An airport has been built few years ago, and offer unreliably scheduled flight from Manado.The growing Waisai is obviously not the best attraction of the Raja Ampat, and ones is concern about how will be manage its future growth. 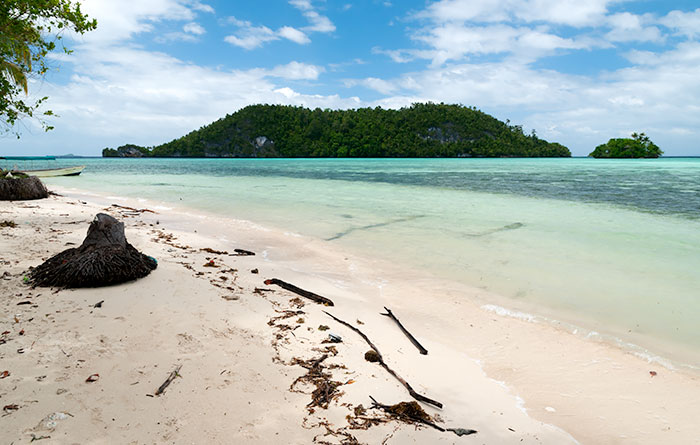 Out of Waisai, tidy and colourful villages lies on the post-card worthy coast line. As the traditionnal owners of the land, each village is getting more and more involve into a sustainable tourism hospitality. Countless homestays have grown along the popular beaches of Gam and Kri island, aside the main diving resorts. Rudimentary huts, homestays are contributing to the Robinson Crusoe general backdrop. Coconut trees and luxurious vegetation edge some white sand beaches and shoal. Yenbeser, Sawandarek, Sapokreng, Friwin, Mansuar and Arborek are all truly welcoming the visitors. 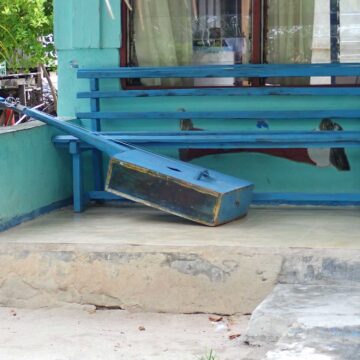 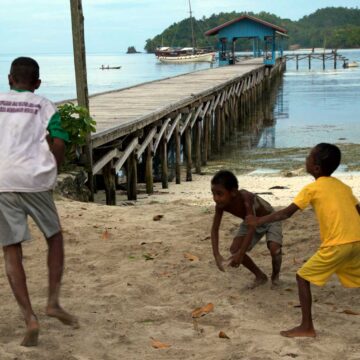 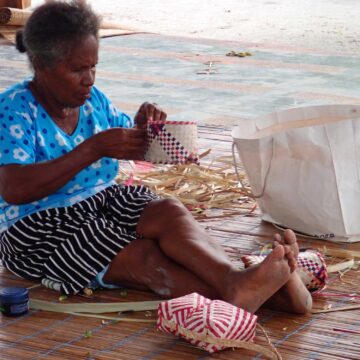 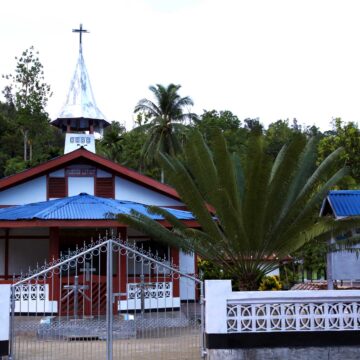 Snorkeling and Scuba diving in the Dampier Strait

A Shallow and Sandy bottom

The Dampier strait is also one of the best areas for scuba diving and snorkeling. Its maximum depth is 50 meters, but most of the reef have a sandy sloppy bottom not deeper than 30- 40 meters. Exposed to the currents, it benefits from the effect of the water flow. Constantly bringing some more nutriments, it guarantees a good regeneration of the biomass.

Seamounts and submerged reefs are numerous into the strait. Facing the currents is really rewardable. Large school of barracudas, trevallies, snappers and surgeon fish are congregating with sharks, napoleon, grouper and Spanish mackerels. Both Alfredi’s and Oceanic manta rays can be seen. 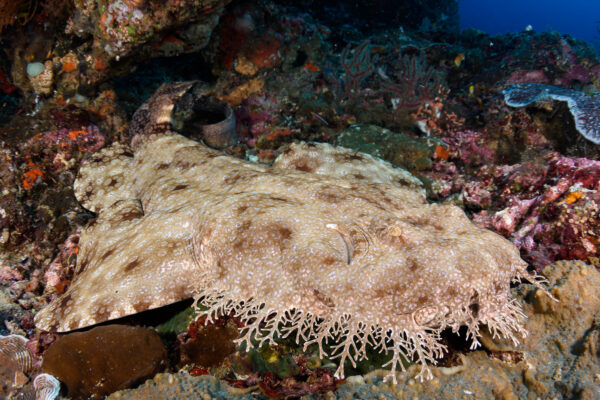 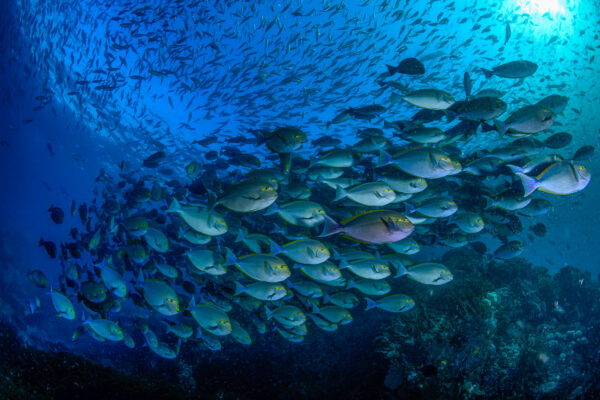 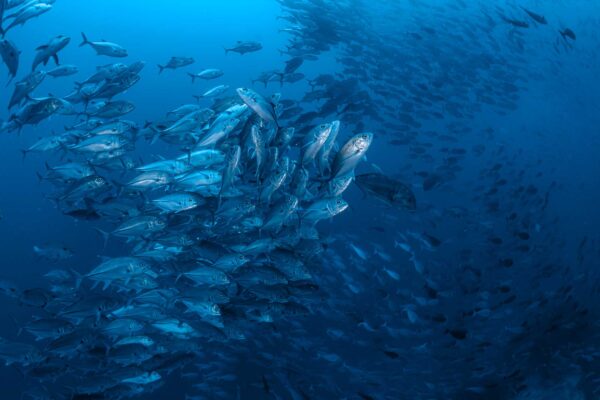 Most eastern point of the small island of Kri, Cape Kri is a legendary dive site. If the tides is timed just right, divers often get one of the best dive of their life. Hundreds of fish are congregating by species along this beautiful reef. It can be dived in different ways, as the Sorido wall offers a fantastic dive as well, depending on the tide. 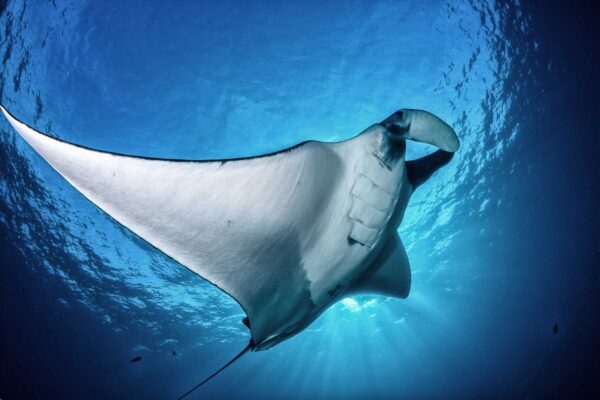 Blue Magic is an underwater ridge located on the south-East of Mioskon. Grey reef sharks, barracuda, wobbegong, giant grouper, schooling jack and spanish mackerel keep the show running. Keep an eye on the reef for leaf scorpion fish, and have a look under the large boulders to find a resting wobbegong. Oceanic manta rays are known to regularly join this underwater festival. 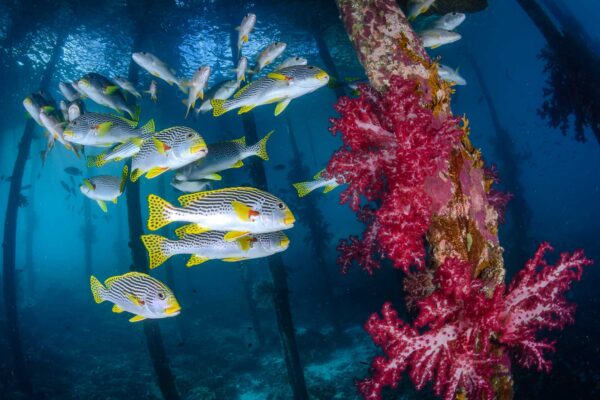 The Sawandarek village’s jetty attracts schooling yellow striped snappers, batfish, sweetlips and barracuda. The super tiny Pontohi pygmy seahorse can also be spotted there, and the wobbegong shark as well. The villagers are involved into rebuilding their coral reef where boats use to drop their anchor. They have installed some funny shaped structure to host acropora and soft coral colonies.

What to do in the Dampier Strait 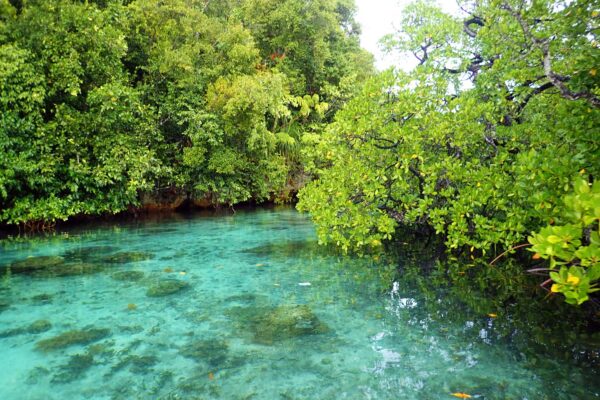 Above its amazing beaches, Gam hides an amazing mangrove maze. is a true delight. The landscape is suffused with a shimmering light in the late afternoon, and the wildlife comes out from the deep forest of Gam. Birds enthusiasts will be thrilling hearing the heavy Blyth’s hornbills flight as the dinghy’s captain turns off the engine. Screeching Cockatoo are everywhere, and sometimes the endemic Couscous marsupial can be spotted, hanging on a tree. The current is running inside the narrow channel, and you can glimpse colourful sea fan growing on the sea bed. As the tour is not possible at low tide, an early morning visit is also a really good option to visit it. 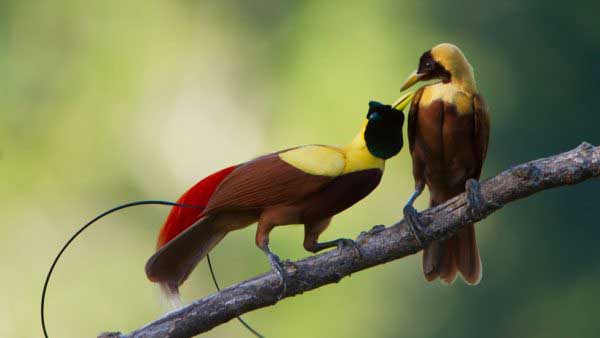 There is actually at least two endemic species of Paradise’s birds that can be found in Waigeo and Gam island. The Red Bird of Paradise (Paradisaea Rubra) living more in the canopy, and the Wilson’s Bird of Paradise (Diphyllodes Respublica) commonly seen on the ground.

Visitors who would like to see the Paradise’s Bird courtship ritual have to wake up before dawn. Leaded by a Papuan local guide along steep trail, travellers get always enthralled by the sounds of waking-up jungle. You might perceive the special song of the red Bird of Paradise in between the others. You’ll eventually reach the submit to observe the mystical spectacle. Birding is a big thing in Raja Ampat and bird enthusiasts are coming from all over the world every year to watch various species of birds. 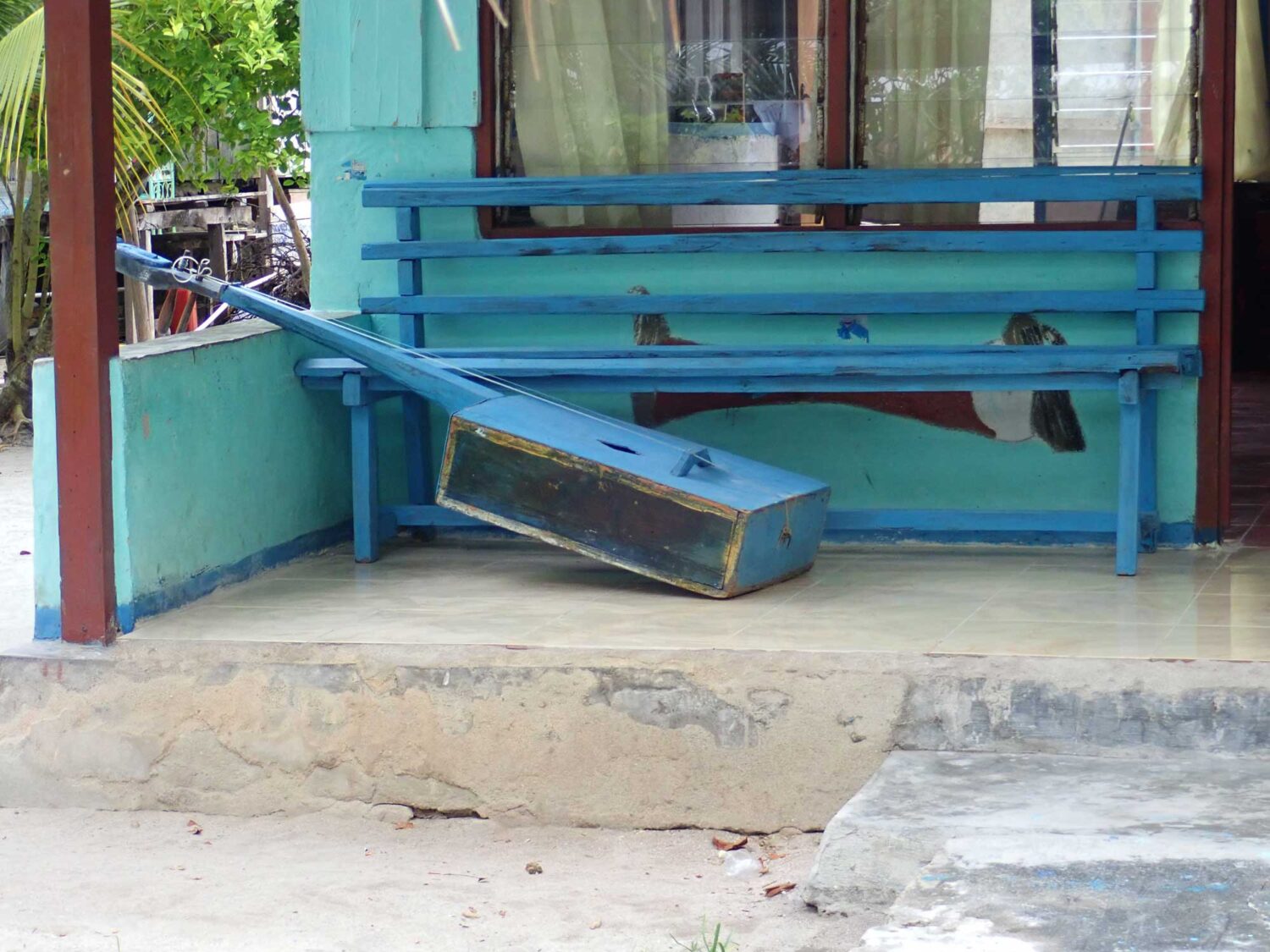 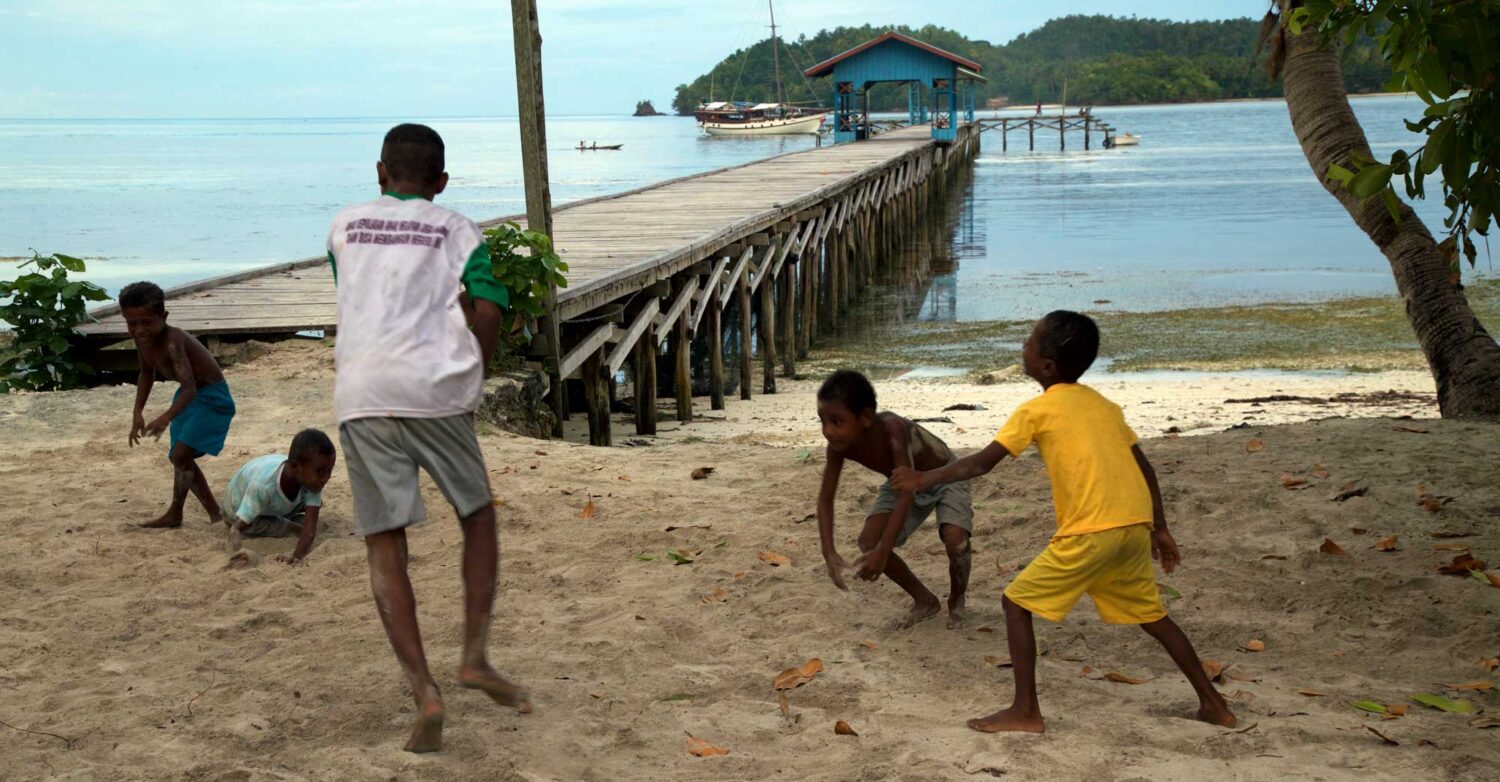 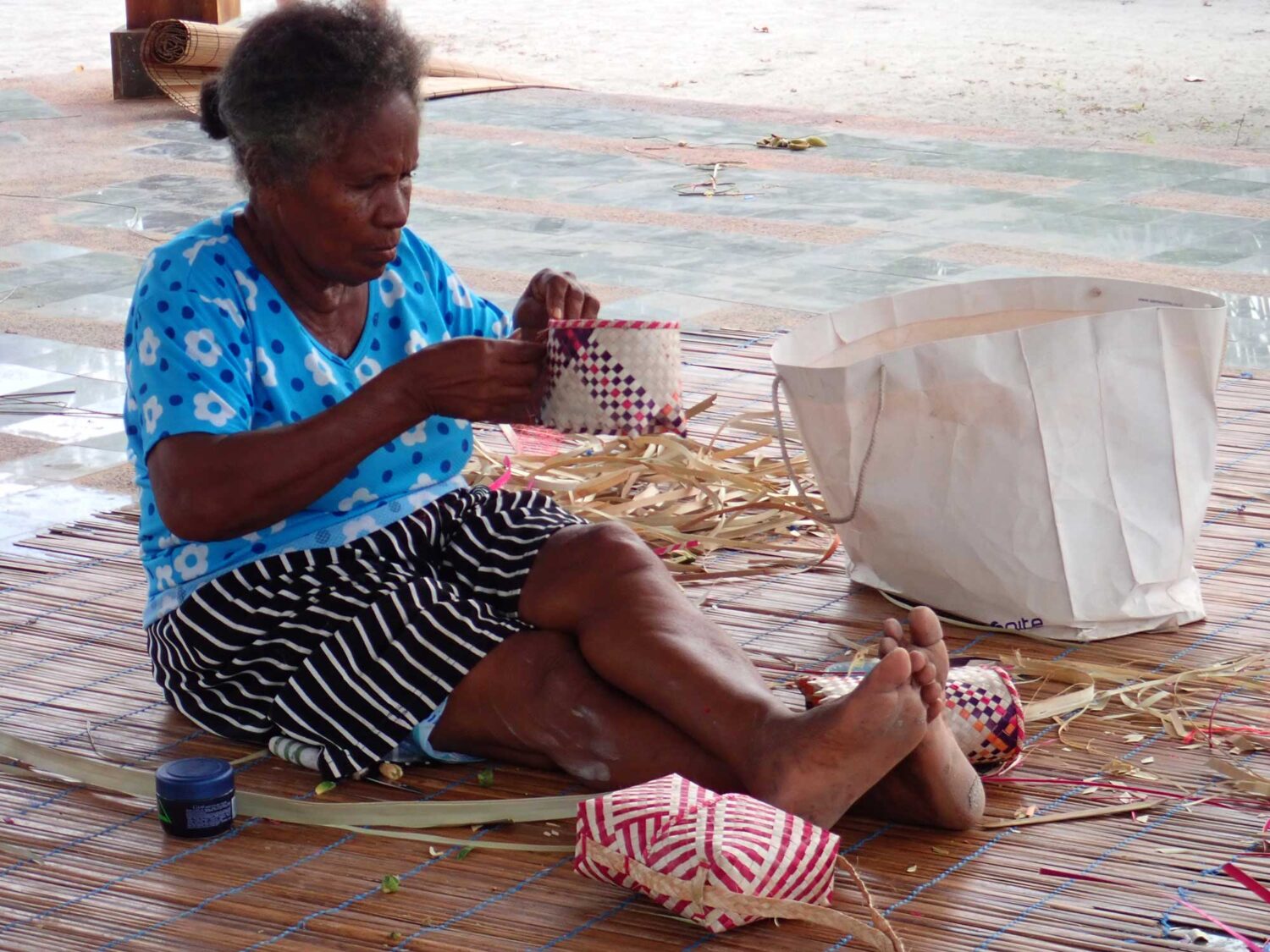 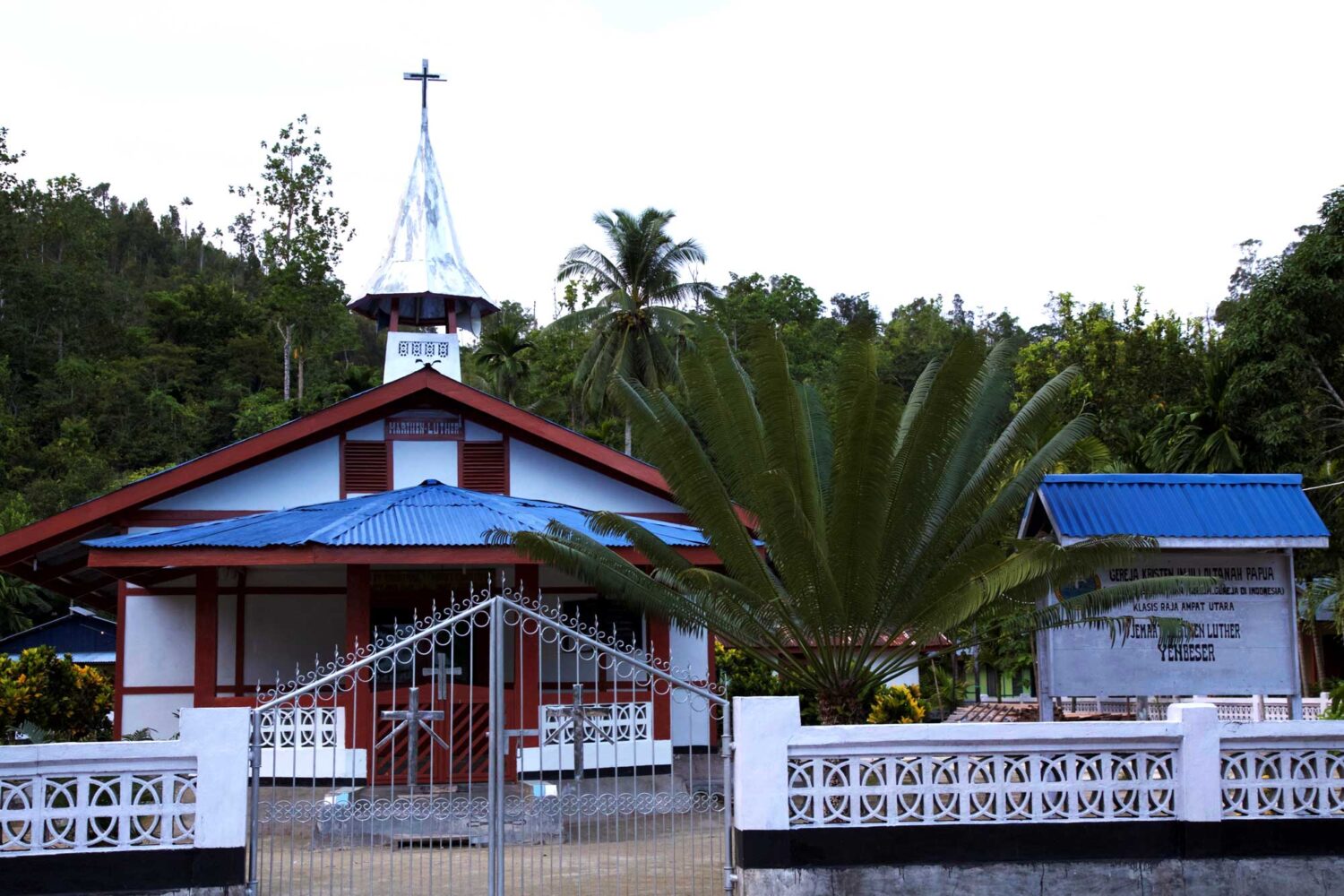